We don't yet know the consequences, but the debt will be paid. 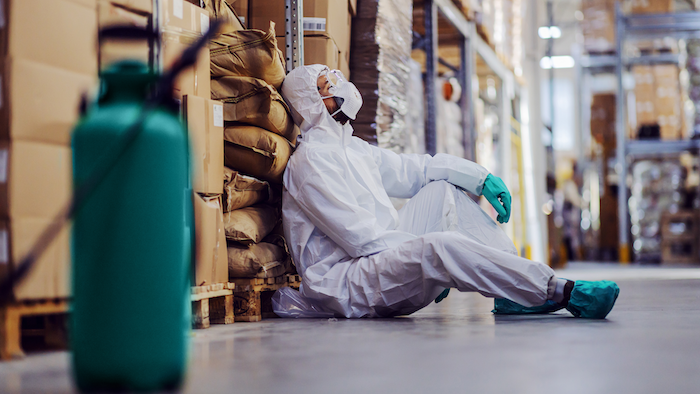 As we emerge from a COVID-induced psychological paralysis and depression, what is the world going to be like? What do we learn? In this short submission, I want to address the psychological and physiological debt that we now have to pay.

From the previous discussion, we learned that much of what we do as humans is dependent upon trust, which leads to predictability about the world. Much of our ability to exist depends on our ability to predict our world.

We “predict” that if we engage in certain behaviors we will be safe; our families will be safe. We expect that we will be able to provide for them, and that somehow their lives will be okay. We make bets on our future on a decision-by-decision, moment-to-moment basis. From predicting how spouses will react and which route will get us to our destination, to what work behaviors will help us succeed and what club to use when we are 150 yards to a green. All decisions are predictions based on what we currently understand and what we have learned.

When we shelter at home or venture out (with or without a mask), we make these choices based on the information that we are currently attending to, in concert with what we have learned in the past, from what we remember consciously and non-consciously. This is how we create our prejudices. More importantly, most of us do not understand that these learned prejudices distort not only what we bring to our conscious decision making, but also what we apprehend from our very perception.

Memory is imperfect. We selectively perceive and remember to make each memory fit with our expectations, and much decision making is based in the non-conscious mind. This is where prejudices come to the fore; they color the way we judge and decide without conscious consideration.

In that way, those memories influence our understanding of each perception; they influence the very nature of our constructed reality.

In 1967, sociologists Peter Berger and Thomas Luckmann published, “The Social Construction of Reality.” In it, Berger and Luckmann’s main point is that our reality is a moment-to-moment construct; constructed from what we have learned, what we understand and what we perceive in the moment. Much of our individual realities come from stories we are told, explanations of events, accepted truths and facts.

From Santa Claus to Grandma’s passing, our reality is constructed one fable at a time. Some fables are true, some are complete fabrications; sometimes they are designed to protect us, or reduce pain or coerce desired behavior from us; some for good reasons, some not so good. But, as we grow, as we learn, as we apply critical thinking, as we mentally mature, we, as French child psychologist Jean Piaget hypothesized, equilibrate through the stages of mental maturity. Truth begins to set us free, one hopes.

When we are confronted with “findings” that disrupt our internal construction of reality, we have a very difficult time reconciling these disturbing discoveries. In some cases, but not often, we accept findings (after looking for ways of dismissing them) and change our world view. In many cases, we look for information that will allow us to discount and dismiss uncomfortable findings.

This is what the “fake news” effort is all about; it is an attempt to discredit offensive, dissonant truth. This is how we are coerced into dismissing real truths to fit outside narratives.

It is in this desire to avoid the internal conflict, the dissonance between beliefs and facts, that we are prone to manipulation. It is at this point when the truth is not recognized or accepted that we are vulnerable to making dangerous mistakes, including building bigger walls to the truth or demonizing those who provide it.

Let’s take, for instance, the decision to not wear a mask or social distance. Those who deny the importance of these actions have been convinced that it is the political left’s attempt to deny a personal freedom to go without. These individuals simply do not accept that by not wearing a mask, they potentially endanger others. They do not accept that they do not have the right to put others at risk in the same way they cannot yell “fire” in a crowded theater. Both are criminal acts of negligence, not a matter of freedom of expression, and they attack those who remind them of that responsibility.

The agendist media’s constant denial of this responsibility is yet another assault on the truth and, when under enough attack, the truth is destroyed -- and us with it.

At the end of the HBO series “Chernobyl,” Chief Scientist Valery Legasov says, “When the truth offends, we lie and lie until we can no longer remember it is even there, but it is still there. Every lie we tell incurs a debt to the truth. Sooner or later, that debt is paid.” The debt is paid in disappointment, distrust, condemnation and a loss of credibility.

Today, the debt is being paid in the resurgence of the virus, the deaths that have come with it, and economic collapse. However, the psychological debt has yet to be fully collected.

I don’t know what the consequences will be on our societal consciousness, particularly with leadership that never admits mistakes, and often shirks responsibility or falsely claims credit.

Perhaps Legasov was wrong. Our president has used lies, obfuscation, bankruptcy and intimidation to avoid paying debts, fiscal and otherwise, and yet he is still supported by a third of the electorate. Maybe he will never pay the debt for any of this, but society will, via illness, death, demoralization, cynicism and even the loss of our freedoms.

We are just beginning to pay the debt now and I expect, sadly, that we will continue to pay well after the end of his reign.

Next: The Death of Critical Thinking and Its Consequences: Why people ingest everything they see and read and never question the message.