Alabama food processor Southern Classic Food Group faces $164,997 in fines after two employees were hospitalized in separate industrial accidents that occurred less than a week apart from one another.

On Aug. 2, 2018, an employee was working in the juicer line area when he or she was burned. According to the citations, the worker was working with 175° Fahrenheit water that was under pressure. Six days later, a co-worker amputated a fingertip in another incident involving an elmor filler machine.

The company faces fines for a host of violations, including exposing employees to amputation hazards, failing to implement proper lockout/tagout procedures, not providing personal protective equipment and a number of violations surrounding how the blood was cleaned up at the facility.

The amputation comes a little over a year after another employee, a supervisor, lost a part of his right index finger when he was trying to unjam a machine that cut plastic bands.

Southern Classic Food Group spokesperson Tonia Williamson, administrative assistant to the owner, provided the following statement: "We are addressing the issues that have been cited and we are working with OSHA to make sure we are in full compliance.”

Southern Classic Food Group manufactures dressings, sauces, beverages and juices as well as other products that are sold to various food service, retail and industrial companies. 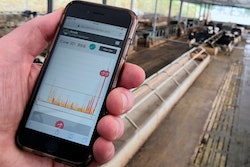