On the dairy farm of the future, the cows are going wireless.

The herd's 180 cows are fitted with wireless monitoring collars that work like fitness trackers, recording their movements and eating habits, and sending data to the cloud using fifth generation, or 5G, mobile network signals.

From there, an algorithm analyzes the information, notifying farmers and veterinarians through a smartphone app if there are any fluctuations that could indicate an illness or other health condition that needs more attention.

The goal is to boost productivity and save manpower by allowing farmers to keep an eye on their herds remotely.

"Having the data available to your phones, to mobile devices, just makes it that much more accessible, much quicker," explains Mark Gough, a herdsman at the experimental farm run by the British-government-backed Agricultural Engineering Precision Innovation Centre.

"You can be at one end of the building, you get an alert, it's telling you exactly which cow it is, what the problem potentially is, and it's an instant assessment," said Gough, pulling out his iPhone to check on cow No. 866.

The app showed a spike in activity that indicated the cow went into labor and calved overnight, without any complications, he said.

Farms are no stranger to technology, with robotic milking systems and self-steering tractors now in common use. The next wave of innovation could come from 5G technology, which telecom experts say will bring ultrafast download speeds and reduced signal lag that promise to transform industries.

New 5G networks will let many more devices connect to the internet, making them better suited than existing 4G networks for handling lots of users or sensors and heavy data traffic.

Wireless carriers in Europe and elsewhere have just begun launching 5G service this year in a global rollout expected to take up to a decade, and comes amid a geopolitical battle between the U.S. and China over concerns about the security of data on the new networks.

The center's experimental farm in Somerset, southwest England, has built a 5G network to send data from the collar sensors to the cloud, bypassing the farm's slow broadband connection — a common problem for rural internet users. The trial is part of a national project, partly funded by the U.K. government.

By sending the cows' data to the cloud, farmers can use an app to monitor each cow, saving the time and effort of checking on them individually. The data can also be sent to other people such as veterinarians, who can monitor the state of the herd's health in real time, said Duncan Forbes, project manager at the experimental farm.

Sensors and big data sets are also being used to monitor pigs, sheep, beef cattle, poultry and even fish. In a separate Agri-EPI project dubbed Tail Tech, data algorithms can interpret the mood of pigs by the angle of their tails using a camera over the pen.

For the milk cows at the English farm in Somerset, the connected collars are just one of a number of technologies increasing productivity.

When the cows decide they're ready to be milked, a collar transponder identifies them when they enter the robotic milking pen and keeps a digital tally of their milk contribution.

At feeding time, an automated feeder glides overhead on ceiling-mounted rails, dropping precise amounts of grass into a feeding trough.

Forbes says the new technology has boosted performance at the farm, which produces as much as 5,000 liters (1,320 gallons) of milk daily that's sold to a nearby cheesemaker. 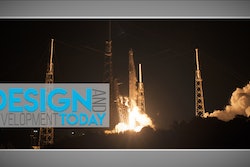 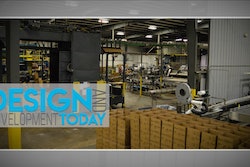