Project Milestone will reportedly be the first 3D-printed homes to actually be inhabited.

The Netherlands is home to a number of creations that blend modern design, art and architecture. While Amsterdam is home to the MX3D 3D-printed bridge, Eindhoven may soon be the home of Project Milestone, an affordable housing project made up of five 3D-printed houses that look like giant stones. Either that, or someone leaked concept work from the Flintstones reboot.

A lot of interesting structural 3D-printing work is coming out of the Eindhoven University of Technology. Researchers were among the first to create 3D-printed houses using large format printers, and they were also the first ones to figure out how to 3D-print homes and structures and keep the concrete from collapsing.

The first boutique home will have a total floor space of 1,022 square-feet, including a living room, two bedrooms, a kitchen, bathroom and store room.

The idea is to build one, learn from their mistakes and speed up production on the other four.

The first four structures will be printed in a shop and then transported to the site, where they will be topped off with a roof, have windows installed and have electricity installed. The team hopes to print the fifth home on location.

The actual price is not available, but you have to assume that affordable is all in the eye of the beholder. 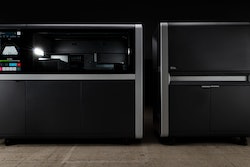 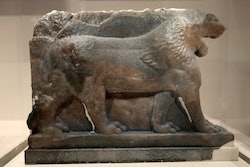