The visa incident came amid a simmering trade war between China and the U.S. that includes accusations that China steals or coerces foreign firms to hand over sensitive technology. 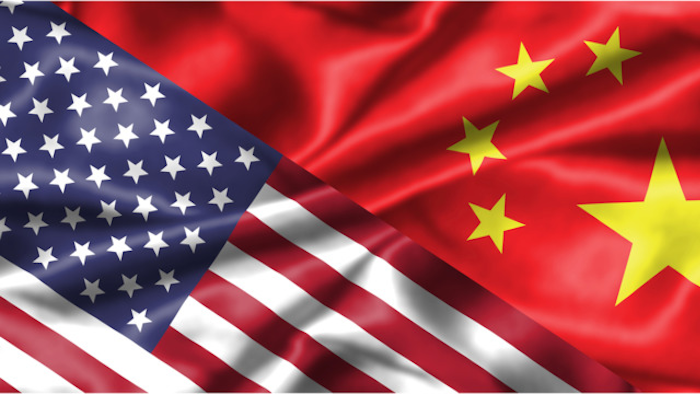 BEIJING (AP) — The U.S. has rejected Chinese accusations of using the withholding of visas as a weapon following the reported inability of a top Chinese space program official to obtain permission to travel to a major conference in Washington.

State Department spokeswoman Morgan Ortagus said in a statement that the U.S. rejects the Chinese foreign ministry's "unfounded and baseless characterization" of U.S. visa policies toward China following the dispute over this week's International Astronautical Congress.

"The United States recognizes the importance of space cooperation and has encouraged very broad participation and attendance at this year's IAC," Ortagus said.

"We cannot discuss individual visa cases since visa records are confidential under U.S. law, but we can confirm that the Chinese delegation is in attendance at the conference," she said.

Ortagus said U.S. consular officers issued more than 1.3 million visas in China over the last fiscal year, making the U.S. missions there "some of the largest visa issuing posts in the world."

Chinese foreign ministry spokeswoman Hua Chunying on Wednesday accused the U.S. of having "weaponized" the issuance of visas in violation of international norms.

"For some time, the U.S. has frequently rejected and delayed visa applications, revoked long-term visas of Chinese applicants and investigated and harassed the Chinese scholars, students, businesspeople, and scientific and technical personnel," Hua said.

Her comments came on the heels of reports that the vice chairman of the China National Space Administration, Wu Yanhua, had planned to attend the congress as head of the Chinese delegation but wasn't issued a visa following an Oct. 12 interview.

Wu is also a leading official overseeing China's arms industry, underscoring the close ties between the Chinese space program and the country's military.

Those links have prompted the U.S. to limit exchanges with the Chinese space program and restrict its participation in multinational efforts, including the International Space Station. China is instead building its own permanent station and has invited other countries to join in the effort.

China last year launched more missions to orbit than any other country, and is on track to do the same this year. Those missions include the first-ever soft-landing of a space craft on the far side of the moon.

The visa incident came amid a simmering trade war between China and the U.S. that includes accusations that China steals or coerces foreign firms to hand over sensitive technology.