China Seeks $2.4B in Penalties Against US

The appeal to the World Trade Organization stems from a case over Chinese subsidies dating back years. 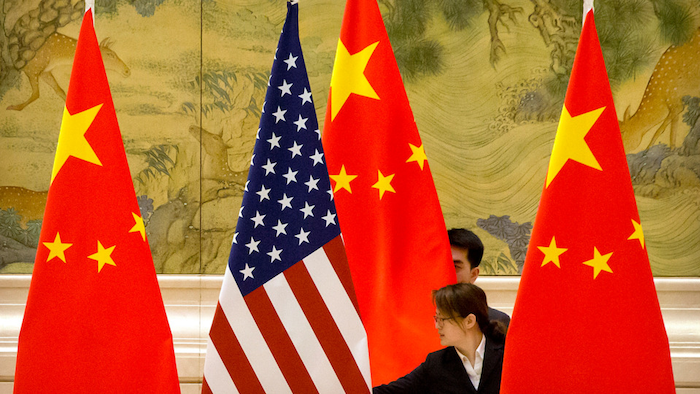 In this Feb. 14, 2019, file photo, Chinese staffers adjust U.S. and Chinese flags before the opening session of trade negotiations at the Diaoyutai State Guesthouse in Beijing.
AP Photo/Mark Schiefelbein, File

BERLIN (AP) — China is asking the World Trade Organization for the right to impose $2.4 billion in annual penalties on the United States in a case over Chinese subsidies dating back years.

A document published Monday showed China has called for the matter to be considered by the WTO's Dispute Settlement Body next Monday. The matter would be referred to a WTO arbitrator if the U.S. objects to the amount China proposes.

The request stems from a July WTO appellate decision in a case dating to before the Trump administration, and unrelated to the tariffs it has slapped on Chinese goods.

Washington criticized that decision, which it said recognizes that China uses state-owned enterprises to subsidize and distort its economy but contends the U.S. must use "distorted Chinese prices" to measure subsidies.