Most Indian states already have some regulations on single-use plastics. 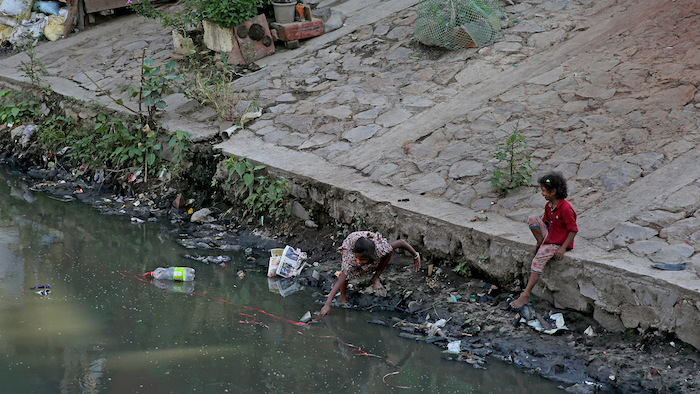 In this Sept. 26, 2019, photo, a girl from an impoverished family reaches out to grab a plastic bottle from a canal in New Delhi.
AP Photo/Altaf Qadri

Mishra explained the campaign at a meeting of the Intergovernmental Panel on Climate Change in New Delhi.

Most Indian states already have some regulations on single-use plastics. The central government is asking all states to try to end their use by 2022.

Mishra, however, said the government would not impose a blanket nationwide ban.

Chitra Mukherjee, an environmentalist, said it was disappointing that the government didn't decide on a national ban.

"Certain products such as plastic stirrers, cups, straws and sachets would be very easy to ban outright, because they don't require alternatives and have no recyclable value," said Mukherjee, policy director of the environmental research group Chintan.

Thousands of small and medium-size plants currently manufacturing single-use plastics could shut down if there were a total ban.

"While India's plastic exports would not be impacted, domestic industry would certainly be hit temporarily," the Business Standard newspaper quoted Sribash Dasmohapatra of the Plastic Export Promotion Council as saying.

A national ban is not the main issue, said Vinod Kumar Jindal, a government official overseeing the "Clean India Mission."

"The rules for plastic and solid waste management are already there. It is the implementation that must be improved, and public awareness," he said.

India generates about 15 million kilograms (33 million pounds) of plastic waste every day, of which about 60% is collected and recycled. That's roughly 11 kilograms (24 pounds) of waste per capita per year, compared to 28 kilograms (62 pounds) globally, according to the Federation of Indian Chambers of Commerce and Industry.