The World Trade Organization expects trade to weaken to its slowest pace since the Great Recession. 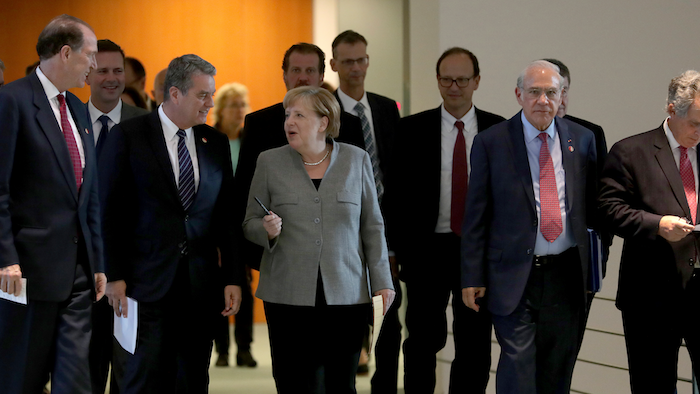 GENEVA (AP) — Global trade is forecast to weaken this year to its slowest pace since the depths of the Great Recession due to the U.S.-China trade war, the World Trade Organization said Tuesday.

WTO said it expects volumes of traded goods to rise 1.2% in 2019, well below the 2.6% estimate it issued in April and the weakest growth rate for world trade since 2009.

The organization said estimates for 2020 show growth dropping to 2.7% from 3.0%, but it warned that still depends on resolving trade disputes.

The United States and China are in a wide-ranging dispute that has led to new tariffs on hundreds of billions of dollars' worth of traded goods. There is little expectation of an imminent resolution to the disagreement, which continues to sap economic growth.

"The darkening outlook for trade is discouraging but not unexpected," said WTO chief Roberto Azevêdo.

The WTO sees continued risks from the trade wars, saying that "further rounds of tariffs and retaliation could produce a destructive cycle of recrimination."

The organization noted that some economies are slowing anyway while other outstanding trade issues, such as Britain's exit from the European Union, are adding to the uncertainty for businesses trading goods.

German Chancellor Angela Merkel, whose country is heading toward recession, said the friction around Brexit showed why Europe had no reason to be haughty about the U.S-China trade dispute.

"We've been negotiating for three years over Britain's orderly exit, and this is causing us great uncertainty, too," Merkel she said after a meeting Tuesday in Berlin with WTO's Azevêdo and the heads of four other international economic organizations.

"This exit is meant to happen on Oct. 31, and many businesspeople still don't know today what their supply chain is going to look like in the future," said Merkel.