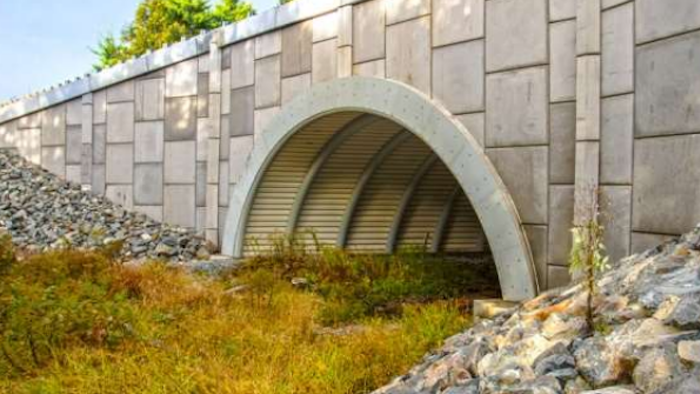 The technology builds on the so-called Bridge-in-a-Backpack design that UMaine introduced a decade ago.
Advanced Infrastructure Technologies, AIT Bridges

BREWER, Maine (AP) — A Maine company that spun off from the University of Maine's Advanced Structures and Composites Center aims to make bridge construction faster, cheaper and more durable.

Advanced Infrastructure Technologies in Brewer has created a composite bridge support that will be used for the first time next year for the new Grist Mill Bridge in Hampden, which carries Route 1A over Souadabscook (SOW'-duh-cook) Stream.

The Bangor Daily News reports that the technology builds on the so-called Bridge-in-a-Backpack design that UMaine introduced a decade ago. Those bridges have been used in Maine, Massachusetts and Pennsylvania.

Ken Sweeney, the company's president, said the composite girder can be used in far more applications. It's called the "the 72-hour bridge" because it simplifies construction.