Heraeus showcased a record-setting gear wheel comprised of a next-generation material and produced by a conventional 3D printer. 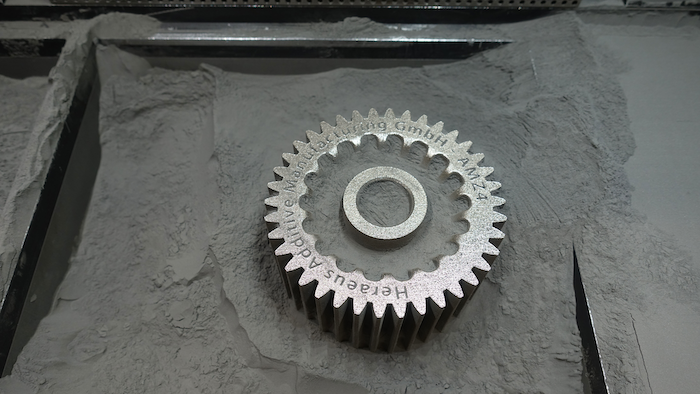 German manufacturing group Heraeus last week showcased what it called the largest component ever made from amorphous metal.

Although the record-setting part weighed less than five pounds and appeared to be just several inches across, company officials argued that it represented a breakthrough in 3D printing — with implications for a wide range of high-tech industries.

“Heraeus has now redefined the existing limits of technology in terms of size and complexity, revolutionizing design possibilities, for example, in the automation industry as well as in robotics,” the company said in a statement.

Amorphous metals, officials said, feature non-crystalline structures that allow them to resist wear and corrosion better than conventional metals and alloys while maintaining the same elasticity as polymers. Producing anything besides very small components, however, is difficult due to an extremely high cooling rate.

Heraeus said the gear wheel displayed at the Automate show in Chicago was printed from a company material using a standard selective laser melting process. The company also said it reduced the weight of part to half of a conventionally manufactured amorphous metal piece.