The Missouri University of Science and Technology is working with state officials to make it easier and safer for engineers to get information about the status of bridges. 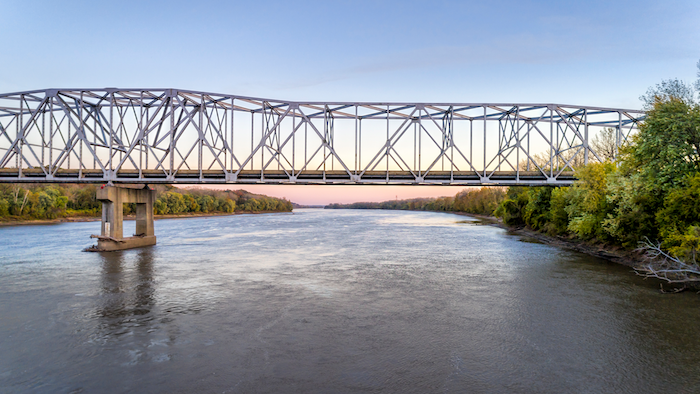 Fixing Missouri's deteriorating bridges is a high priority for Gov. Mike Parson, and the state is getting help from an unexpected source — robots.

St. Louis Public Radio reports that the state is working with Missouri University of Science and Technology in Rolla to use robots to help inspect and repair bridges.

The program will use drones to inspect bridges from the air, and robots that can cling to the sides of bridges and crawl along the surfaces.

Mark Bookout of Missouri S&T says the goal is to make it easier and safer for engineers to get information about the status of bridges.

"It's got to be very easy to use, so the engineers can do their jobs and not worry about flying a drone," Bookout said. "More like a toaster for bridge inspection, just press a button and it goes."

Parson, a Republican, used his State of the State speech to propose spending $350 million to repair 250 bridges. The Legislature is still considering the program.

Missouri S&T civil engineering professor Genda Chen said both the drones and the crawling robots will be able to compile more data than an engineer could do on their own.

"The sensor can tell strain, temperature and also how much corrosion loss there has been in the cross section at the same time as collecting data on the exterior of the bridge structure," Chen said.

The new technology will also be make small repairs on some bridges. The drone can carry a repair arm "that can seal a crack and keep moisture from getting to the rebar, for example," Chen said.

The university is testing various models with the Missouri Department of Transportation that could be in regular use in the next two years.