Ford Motor Co. and other companies are providing wearable technology to elevate and support their workers' arms. 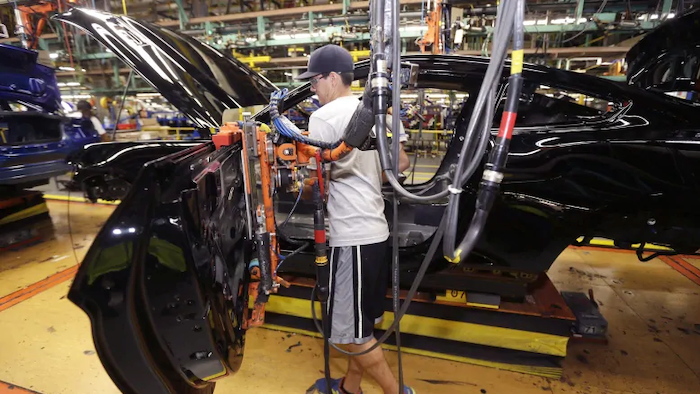 Ford Motor Co. and other manufacturers want to help their workers take a load off. Or at least make it easier to lift a load up.

Ford is among several companies providing wearable technology to elevate and support their workers' arms.

Nicholas Gotts wears an EksoVest during his shifts building Mustangs at the Flat Rock Assembly Plant in suburban Detroit. He says the exoskeleton makes his job "a whole lot easier and a lot less strenuous."

Ford piloted the EksoVest at two U.S. plants before deciding last year to expand its use to 15 factories and seven countries. The vest provides lift assistance for 5 to 15 pounds (2.3 to 6.8 kilograms) per arm.

Aerospace giant Boeing Co. is among other companies that provide their workers with exoskeletons.