Researchers said their microfluidic gas detector could be used across a wide range of industries. 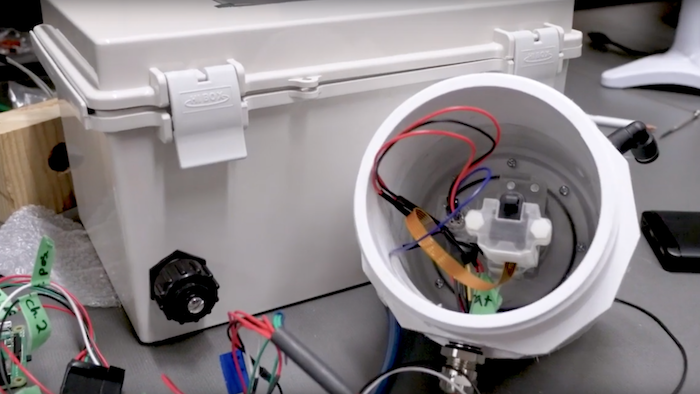 A newly introduced gas detector could improve chemical analysis, environmental monitoring and food production at a more reasonable size and cost, according to researchers.

The microfluidic gas detector, developed by engineers from the University of British Columbia’s campus in Okanagan, can detect even small traces of gases quickly and efficiently — and represents a step toward technology that mimics the human sense of smell.

UBC Professor Mina Hoorfar said although numerous systems can provide similarly accurate odor analysis, they are generally too big or too expensive to be deployed in the wide range of applications that could make use of them.

“Our devices offer a small, inexpensive and highly-accurate alternative,” Hoorfar said in the announcement.

The system utilizes two separate detectors comprised of microchannels and metal oxide semiconductors formed from 3D-printed parts. Researchers said that as a gas sample passes through the system, different internal coatings react and direct the gas toward the appropriate sensor for analysis.

In addition to offering size and cost advantages, engineers said the technology allows users to adjust the coatings based on the gases it hopes to identify. It can also be hooked up to a sampling chamber or used in a laboratory, and can smell any kind of odor, including food spoilage or noxious chemicals.

“This has the potential of changing the way municipalities and utilities conduct their monitoring,” Hoorfar said.

The research was published in the journal Nature Scientific Reports.