Workers at dozens of factories near Mexico's border with Texas went on strike after owners refused demands for a 20 percent pay hike and an annual bonus. 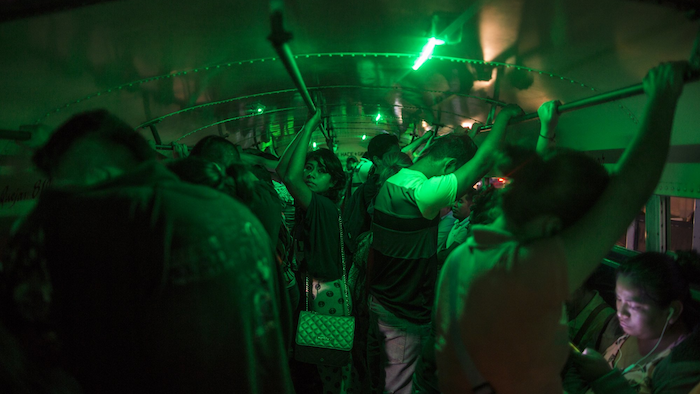 People stand in a bus as they wait to go home after their work day at a "maquiladora" in Matamoros, Tamaulipas state, Mexico, Wednesday, March, 22, 2017.
AP Photo/Rodrigo Abd

More than 25,000 Mexican workers at dozens of factories south of Brownsville, Texas, went on strike Friday after owners of the plants that assemble for export refused union demands for a 20 percent pay hike and an annual bonus.

The Union of Maquiladora Industry Industrial Workers of Matamoros, the SJOIIM, said that by late Saturday nine companies had agreed to meet the salary and bonus demands.

Union leader Juan Villafuerte thanked union members who had stood outside in the rain and cold, noting "we hope to soon conclude this labor action."

The government of Tamaulipas state said at least one company announced plans to leave the city of Matamoros. The state's development office said other companies had halted expansion projects.

The labor strife comes on the heels of President Andres Manuel Lopez Obrador's promise to double the minimum wage in communities along the U.S. border to 176.2 pesos a day, the equivalent of $9.28 at current exchange rates.

However, workers who were making more than minimum wage in Matamoros factories would not have benefited from the hike in the minimum wage, sparking discontent.

The workers are also demanding a one-time bonus of about $1,685.