3D-Printed Guns Could Pose Threat to Their Users

A weapon with a design or printing defect might blow up or come apart in its user’s hand before firing even a single bullet. 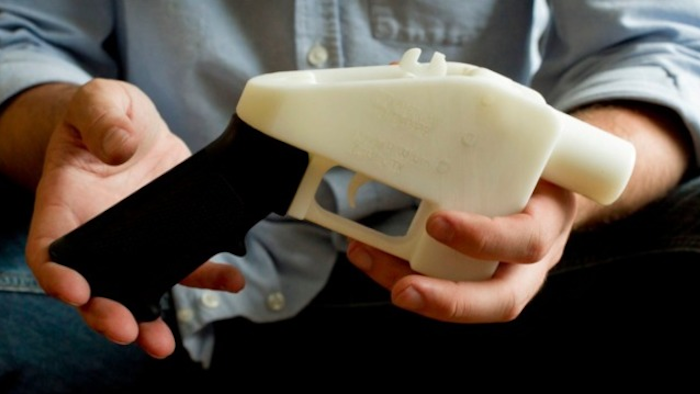 Despite fears that guns made with 3D printers will let criminals and terrorists easily make untraceable, undetectableplasticweapons at home, my own experience with 3D manufacturing quality control suggests that, at least for now, 3D-printed firearms may pose as much, or maybe even more, of a threat to the people who try to make and use them.

One firearms expert suggested that even the best 3D-printed guns might only fire “five shots [before] blowing up in your hand.” A weapon with a design or printing defect might blow up or come apart in its user’s hand before firing even a single bullet.

As someone who uses 3D printingin his work and researches quality assurance technologies, I’ve had the opportunity to see numerous printing defects and analyze what causes them. The problem is not with the concept of 3D printing, but with the exact process followed to create a specific item. Consumer 3D printers don’t always create high-quality items, and regular people aren’t likely to engage in rigorous quality assurance testing before using a 3D-printed firearm.

Problems are common at home

Many consumer 3D printers experience a variety of glitches, causing defects in the items they make. At times, an object detaches from the platform it’s on while being made, ending up lopsided, broken or otherwise damaged. Flaws can be much harder to detect when the flow of filament – the melted plastic material the item is being made from – is too hot or cold or too fast or slow, or stops when it shouldn’t. Even with all of the settings right, sometimes 3D-printed objects still have defects.

When a poorly made toy or trinket breaks, it can be hazardous. A child might be left with a part that he or she could choke on, for example. However, when a firearm breaks, the result could be even more serious – even fatal. In 2013, agents from the U.S. Bureau of Alcohol, Tobacco, Firearms and Explosives tested 3D-printed guns and found that the quality of materials and manufacturing determined whether a gun would fire multiple rounds successfully, or break apart during or after the first shot.

Home printing also risks that nefarious people might tamper with the design files on a website, publish intentionally defective designs or even create a virus that interferes with the operation of a 3D printer itself. Hackers may deliberately target 3D printed guns, for ideological or other reasons, or inadvertently cause defects with more general attacks against 3D printing systems.

Not up to commercial standards

Home printers are not designed to produce the level of consistent quality required for weapon production. They also don’t have systems to detect all of the things that could go wrong and make printed weapons potentially dangerous.

This is not to say that 3D printing itself is unsafe. In fact, many companies use 3D printing to manufacture parts where safety is critical. Printed parts are used in airplanes and for medical devices, patient-specific surgical instruments, customized time-release drugs, prosthetics and hearing aids. Scientists have even proposed printing scaffolding to grow or repair human body parts.

Solutions to defects, but not ready yet

In time, improvements to popularly available 3D printers may allow safe production of reliable parts. For instance, emerging technologies could monitor the process of printingand the filament used. The group I work withand others have developed ways to assess parts, both during printing and afterward.

Other researchers are developing ways to prevent malicious defects from being added to existing printing instructions and secure printing, more generally.

So far, though, these advances are being developed and tested in research laboratories, not incorporated into mass-produced 3D printers. For the moment, most quality control over 3D-printed parts is left to the person operating the printer, or whoever is using the item. Most consumers don’t have the technical skills needed to design or perform the appropriate tests, and likely won’t ever learn them. Until the machines are more sophisticated, whatever is made with them – whether firearms or other items – isn’t guaranteed to be reliable enough to use safely.

This article is republished from The Conversation under a Creative Commons license. Read the original article here: http://theconversation.com/3d-printed-guns-may-be-more-dangerous-to-their-users-than-targets-103724.