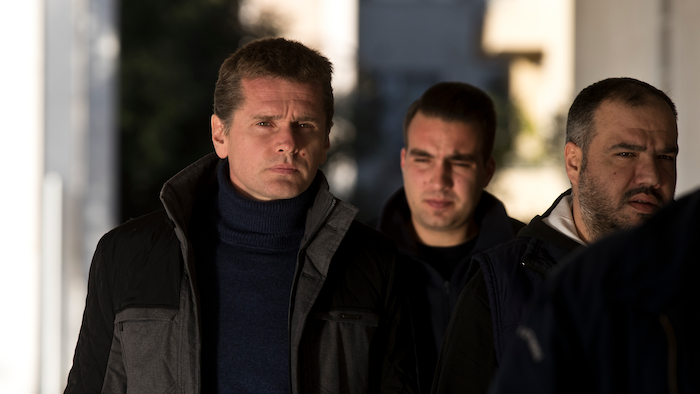 The United States also wants to prosecute Vinnik, accusing him of laundering billions of dollars through BTC-e, one of the world's largest digital currency exchanges. His native Russia also wants to put him on trial.

Vinnik, 39, was arrested in the summer of 2017 while on a family holiday in northern Greece, at the request of U.S. authorities. Vinnik says says he acted as a technical consultant to the BTC-e platform and had no knowledge of any illegal activity.

After a two-year legal tug-of-war, Vinnik was extradited from Greece to France on Thursday and was immediately questioned by investigating judges, according to a French judicial official.

Vinnik denies wrongdoing, and was on hunger strike for 35 days to protest his extradition to France. He wanted to go to Russia instead, where he faces lesser charges.

Vinnik's Greek lawyer, Zoi Konstandopoulou, said her client was hospitalized upon arrival in France because of the hunger strike. Vinnik's French lawyer did not respond to requests for comment.

Greek authorities ruled that Vinnik should be extradited first to France, then to the U.S. and finally to Russia.