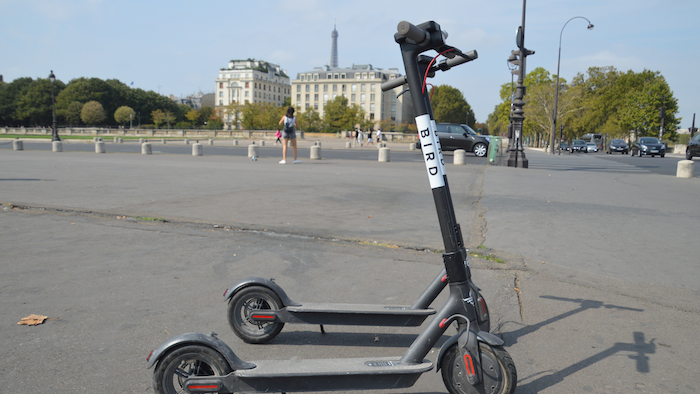 PARIS (AP) — The French government is meeting with people who have been injured by electric scooters as it readies restrictions on the vehicles that are transforming the Paris cityscape.

The Transport Ministry says Monday's closed-door meeting is part of consultations aimed at limiting scooter speeds and where users can ride and park them. A draft law is under debate in parliament, and the government is preparing a scooter-specific decree.

Some 20,000 of the two-wheeled vehicles are available in the French capital, where use has exploded this year, notably among tourists. A June study estimated that Paris alone has more free-floating scooter operators than the entire United States.