Teck Resources said there was no constructive path forward for the project. 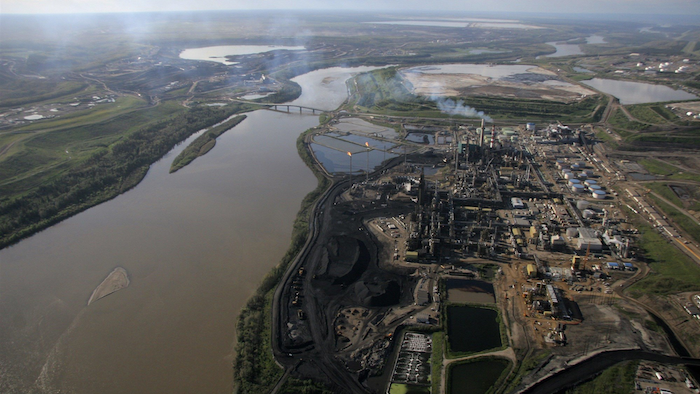 TORONTO (AP) — A Canadian company said Sunday that it has withdrawn its application to the federal government to approve a huge open-pit oil sands mine in Alberta.

Teck Resources Ltd. said there was no constructive path forward for the project and will write down its cost.

“Global capital markets are changing rapidly and investors and customers are increasingly looking for jurisdictions to have a framework in place that reconciles resource development and climate change, in order to produce the cleanest possible products. This does not exist here today,” said Teck's chief executive, Don Lindsay

The $20.6 billion Canadian (US$15.5 billion) project would have created an estimated 7,000 construction jobs, 2,500 operating jobs and about $12 billion Canadian (US$9 billion) in federal income and capital taxes. But it was also expected to produce about 4 million tonnes of greenhouse gas emissions annually over 40 years.

Alberta Premier Jason Kenney said in a statement he was gravely disappointed.

Prime Minister Justin Trudeau's government had until the end of the month to make its decision on whether to approve the oil sands mine.

“As Teck has rightly pointed out, and as many in the industry know, global investors and consumers are increasingly looking for the cleanest products available and sustainable resource development,” Canada's environmental minister and natural resources minister said in a joint statement.

Alberta has the third largest oil reserves in the world.

The withdrawal comes as barricades put by indigenous protesters are blocking rail service across Canada. Demonstrators have set up blockades in British Columbia, Ontario, Alberta and Quebec in solidarity with opponents of the Coastal GasLink pipeline project that crosses the traditional territory of the Wet'suwet'en First Nation in northwestern British Columbia.