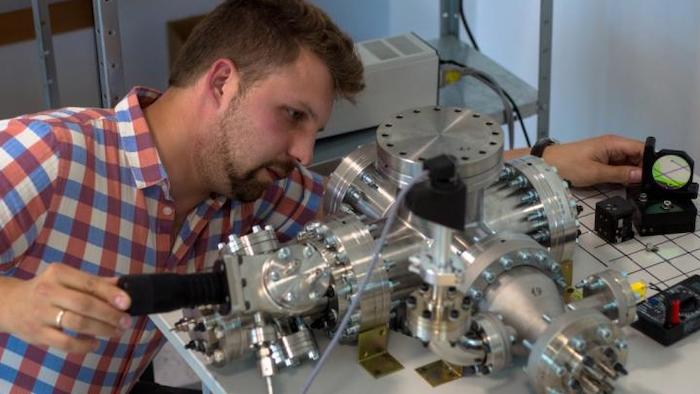 One of the most promising alternative energy sources is hydrogen, which can be extracted from water and air. A catalyst is needed for a chemical process that releases hydrogen from an H2O molecule. It can be made, for example, from platinum, or from molybdenum. But these are quite expensive materials. Therefore, the output energy is expensive too.

The group of Russian scientists have invented a new approach to solving this problem and published the thesis on this topic in the Nanomaterials Journal.

"We propose molybdenum sulfide as a material for the catalysts which is, firstly, more effective than molybdenum, and, secondly, much cheaper since the total amount of expensive metal in catalysts is reduced, and the sulfur is not scarce and very cheap."

According to Alexander Goykhman, the material was created in the Moscow National Nuclear Research University, and the IKBFU scientists were to study the sulfur and find out whether it has all necessary parameters or not.

"Usually we grow the nanostructures and our colleagues in Moscow study them. But in this case, our roles are reversed. Nevertheless, the structures are fine and fully meet the expectations. We have managed to get the best suitable for catalyst process molybdenum sulfur."

The scientists that have found the more effective material for catalysts production also offered the most efficient way of using it.

"To make an effective hydrogen engine one must pay attention not only to the constitution of the catalyst but also to the shape of it. We suggest using thin films of molybdenum sulfide deposited on the surface of glassy carbon. In this case, the material consumption will be minimal, and the surface area of the catalyst will be the same as if it was completely made from molybdenum sulfide. In the published work, a method for the deposition of such functional molybdenum sulfide films is proposed. It is also shown under what conditions of formation it is possible to achieve maximum catalyst efficiency."

According to Goykhman, this research may give an impetus to the hydrogen-based energy sector.