One in the front, two in the back. Also, an implantable prevents opioid overdoses and a robot hand autonomously solves a Rubik's Cube.

San Francisco-based OpenAI has trained a pair of neural networks to solve a Rubik's Cube with a single robot hand.

The team places the cube into the palm of a dextrous 24-joint robot hand that mimics human anatomy, but they don't tell it how to solve the cube. Instead, it learns like a human through evolution, only faster.

The team ran thousands of simulations to give the robot a base, and the AI takes it further. The team doesn't show the hand how to move the cube. It learns everything from the cube's weight (and how to manipulate it) to how to solve the puzzle. Most of the time.

The algorithm is adaptable and learns in real-time as the team presents external obstacles to the hand. For example, they put a rubber glove on it, drop confetti on it, hit it with smoke, tangle bracelets around it, fondle it with a giant wooden hand, and peck at it with a stuffed giraffe. Basically, they teach it to withstand the rigors of Mardi Gras.

The team has been working on the project since May 2017, and the demonstration could lead to general-purpose robots being capable of performing complex tasks.

Researchers from Northwestern University and Washington University at St. Louis have created a new implant that could save people who are overdosing on opioids.

The autonomous device is about the size of a USB thumb drive, and it's implanted beneath your skin. When it senses that oxygen is low, it administers naloxone, more commonly known as Narcan.

First, the team will test the device on animals before advancing to human trials.

The implant could overcome the biggest hurdle in life-saving treatment. Typically, a third party not only has to administer Narcan, but you need to have it on hand as well.

The device can be placed in the abdomen, lower back, or collar bone.

The implantable will undergo about five more years of development, but it could stand to save many lives. More than two million Americans suffer from opioid-specific substance abuse.

The Uniti One is a new electric hatchback from Uniti, an EV startup headquartered in Sweden with engineering and production in the United Kingdom.

The project started at an open innovation research lab at Lund University, and we could soon see the first vehicles on the road.

Uniti One is a city car with a range of up to 186 miles; however, the standard 12 kWh battery will have a range of about 93 miles. Still, if you use a 50 kW rapid DC charger for 10 minutes, you will have about 62 miles, which would easily fit the average American's 32-mile round trip commute.

The designers want to create a smartphone-like digital experience for the changing needs of society. The One has a clean, if not minimalist, design.

This Tuesday, the company started taking orders for production models of the climate-neutral electric car that will be revealed at an event later this year.

Like Tesla, the company plans to roll out new features like software updates. If you get in early, you'll receive all upgrades for free for the life of your car.

The petite design is reminiscent of a more encased version of the Elio Motors Autocycle, mostly in that the passengers or "co-pilots" sit behind the driver. At least the One has room for two in the back.

According to designboom, the city car will first be available in Sweden before rolling out in the UK halfway through next year. The cost works out to about USD$19,000. 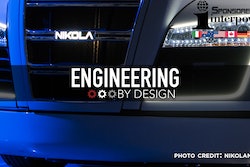 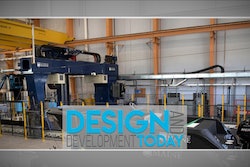 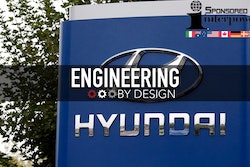 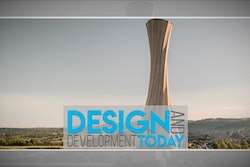