It will likely be described as serviceable and adequate. Also, the Northern Clingfish sucks and amputees merge with their new limbs.

Advancements in prosthetic technology continue to amaze me, we've seen everything from 3d printing low-cost limbs to advanced robotics incorporated into new designs.

What struck me in the new work from the Swiss Federal Institute of Technology and SensArs Neuroprosthetics was when they used the word 'merge.'

Researchers are currently conducting clinical trials of a bionic limb. One of the test subjects lost his leg in a motorcycle accident. Now, because of this novel neuroprosthetic leg technology, he can feel his leg and foot as if it were his own.

According to the researchers, the difference is the electrodes. Instead of wrapping the electrodes around the patient's remaining nerves, they surgically pierce them.

When blindfolded, the patients could tell when they touched his big toe and heel. He could even describe how much his knee flexed.

So now, the patients don't need to think about it when they are walking around. They just walk, which is also less mentally taxing.

Exciting work has come out of the Swiss Federal Institute of Technology. After all, they're also the ones behind artificial skin.

Next, the researchers hope to conduct a longer study with more patients. The tech could soon improve the lives of the millions of people who have suffered an amputation.

Other than being a slimy devil, the Northern Clingfish sucks ... and it's really good at it.

The Clingfish clings to rough and slimy surfaces, and it can hold up to 230 times its weight. Researchers from the University of Washington used it to build a better suction cup.

According to the researchers, the new prototypes are stronger than their natural counterparts. The new suction cups could be used in applications that require a strong but reversible sticking force on rough or textured surfaces. I thought they were talking about large and disparate manufacturing materials. Nope, they meant whale tagging and shower caddies.

Clingfish have a disc on their stomach that helps them to hold on. The rim of the disc is covered small hairlike structures that create more friction along the edge and helps the fish stick to rough surfaces. The entire disk is flexible and elastic, which helps them adapt and hold on to coarse, uneven surfaces.

The team has spent five years building a better sucker. Now, they want to take the next step. They have a prototype, but now they need an engineer who can further develop the design for specific applications in mind.

This week, Hyundai threw its hat into the flying car ring. You know what? With all of the players and collaborations, someones got to get it right. Right?

The Hyundai Motor Group's big move was that it hired Dr. Jaiwon Shin as Executive Vice President and Head of the new Urban Air Mobility Division. Shin previously led aviation research and development at NASA. He was there for about 30 years and was behind projects like the supersonic X-plane and Urban Air Mobility.

According to Hyundai, the new division will develop core technologies and innovative solutions for safe and efficient airborne travel. And why not, the market is supposed to be worth $1.5 trillion within the next 20 years.

While we've seen flying cars that look like everything from a flying Delorean to a giant quadcopter and various transitional aircraft, Hyundai's concept will likely be described as serviceable and adequate. Hey, as long as it's reliable and safe. 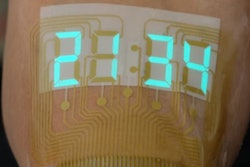 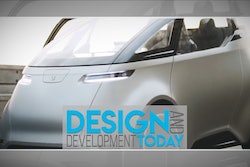