Nikola says its new battery offers double the range without increasing size or weight. Plus, robots talk smack, and a shark-proof wetsuit.

Only One Way to Test a Shark-Proof Wetsuit

Researchers from Flinders University in Adelaide, Australia, have developed a new wetsuit material that could help reduce blood loss after shark bites.

In 2018, 90 people were hurt or killed in confirmed provoked and unprovoked shark attacks. Most fatalities from shark bites came from the great white. As a result, researchers went into the field to test the material in the jaws of the great white.

Compared to standard neoprene, the new fabrics performed better in puncture, laceration and bites from great white sharks that ranged from nine to 12 feet long.

The team also conducted lab tests, including a uniaxial machine puncture test and six-axis hexapod robot laceration tests. They came to the same conclusion: it required more force to puncture the new fabrics, and cuts made to the materials were smaller and shallower.

Next, additional testing will include the potential damage to human flesh, as well as blood loss underneath SharkStop and ActionTX.

Human-to-human trash-talking can have an impact on any game (or career, if you're Myles Garrett). However, researchers at Carnegie Mellon University wanted to know how humans responded to trash-talking robots.

The robots didn't exactly have a high-level trash-talk game.

For the study, Pepper, a humanoid robot from SoftBank Robotics, played human counterparts in a game called, "Guards and Treasures." During the game, the robot peppered the human with gems like, "I have to say you are a terrible player," and "over the course of the game, your playing has become confused."

Even though it was mild-mannered, the trash-talk still negatively impacted the participant's game.

The data is particularly useful as the number of robots and AI-enabled IoT devices are expected to grow exponentially — particularly robots employed as human companions.

Next, the researchers will work on the impact of nonverbal expressions. I'm betting on exaggerated hair flipping and stern arm crossing.

Nikola, one of the front-runners in emerging autonomous truck technology, has revealed details about a new battery that could exponentially extend the range in electric vehicles, and make them a lot safer.

According to the company, the battery has an energy density of 1,100 watt-hours per kg (material level) and 500 watt-hours per kg (production cell level). The prototype removes the binder material and current collectors, which enables more energy storage within the cell. It also should pass nail penetration standards, which would reduce potential vehicle fires.

The battery could double the range of current EV passenger cars from 300 miles up to 600 miles with little or no increase to battery size and weight.

Nikola says it's also more environmentally friendly and easier to recycle, swapping out the toxic and expensive components used in current lithium-ion cells.

According to the company, the new batteries will allow Nikola's electric trucks to drive 800 miles, fully loaded, between charges. The vehicles could also weigh 5,000 pounds less than the competition (if the battery stays the same size). Nikola's hydrogen-electric fuel cell trucks could finally surpass 1,000 miles between stops and recharge in 15 minutes.

The company has offered to share its intellectual property with other OEMs, even competitors. Nikola will demonstrate the batteries charging and discharging in front of the crowd at Nikola World in fall 2020. 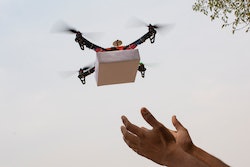 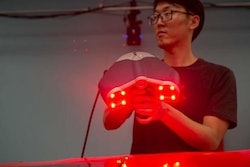 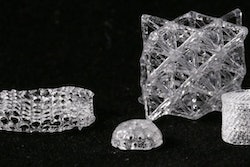 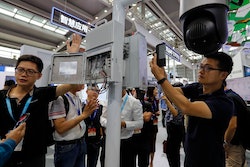