To hold a place in line, buyers only need to fork over $100. 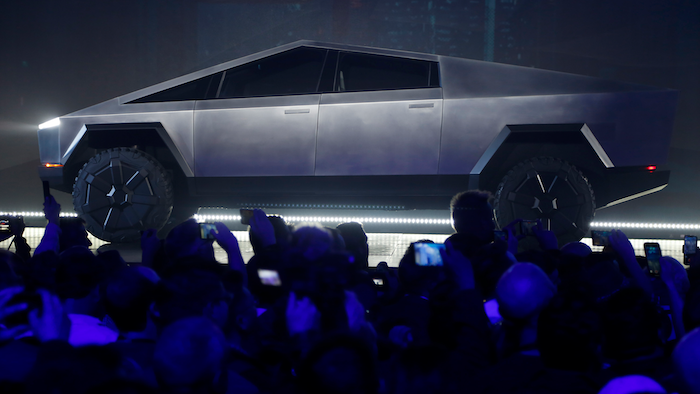 Since the announcement, Tesla has received 200,000 orders for the new electric pickup truck, according to Musk.

Musk says the futuristic vehicle will be the last new product launch for the automaker "for a while." However, the company is still planning new technology announcements in 2020.

The unveiling was met with mixed reviews, with many commenting on the vehicle's sharp angles. Musk says the Cybertruck is so planar because of limitations with the stamping process. "You can't stamp ultra-hard 30X steel, because it breaks the stamping press," Musk said via Twitter. "Even bending it requires a deep score on the inside of the bend, which is how the prototype was made."

To hold a place in line, buyers only need to fork over $100.

Receiving 200,000 orders in less than a week is impressive, particularly when you consider that, other than the unveiling, the company hasn't invested in any advertising or paid endorsement.