Why a measured transition to electric vehicles would benefit the U.S. 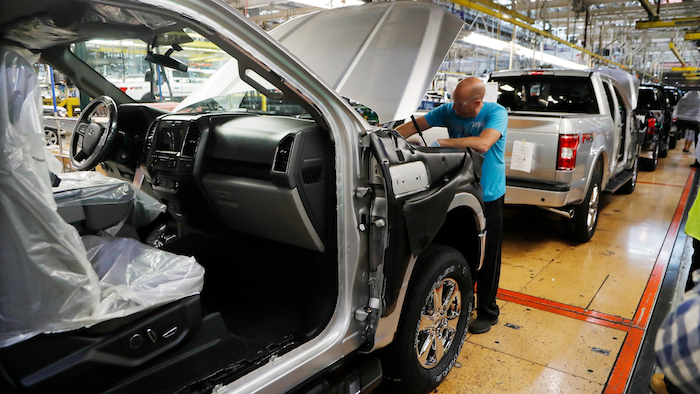 Climate plans are the order of the day in the presidential primary campaign because carbon pollution is a global threat of unique proportions. But it’s worth asking whether candidates’ plans are based in the reality of the climate, the economy and the election.

All three dimensions must come together for any climate plan to achieve its goals – and this is especially true when the subject is electric vehicles. There is no point in putting forward an EV plan that is so aggressive that it cannot be implemented even under the most auspicious economic circumstances. Nor is there a point in advancing an EV plan that would not yield significant climate benefits. And, if such a plan might hurt a candidate’s chances in the election, it would be worse than pointless.

Following the lead of Governor Jay Inslee, who dropped out of the race earlier this fall, Senators Cory Booker, Bernie Sanders and Elizabeth Warren said they would require all passenger cars sold in the United States to be zero-emissions by 2030, while Senator Kamala Harris and Mayor Pete Buttigieg set a 2035 deadline.

In a recent research paper, I examined some of the challenges in transitioning from internal combustion engine vehicles to EVs. I think these Democratic candidates might want to give themselves some wiggle room to pursue a more measured approach – for environmental, economic and political reasons.

Let’s look at the market and the industry first. The most aggressive expert forecasts by BloombergNEF foresee only 57% of global auto sales being electric by 2040. The auto industry and the associated infrastructure are so enormous that they simply can’t be transformed much more quickly. The world’s largest manufacturing supply chain must be entirely rebuilt, and a charging network put in place that will meet EV drivers’ needs without disrupting the grid. American consumers also have to learn to love EVs, and that will take time.

Second, even if the EV transition were to move as rapidly as the most aggressive plans call for, it would not necessarily maximize benefits for the climate. The climate advantage of an EV relative to a car with an internal combustion engine over its life cycle depends not only on the fuels used to generate the electricity it runs on, but also on emissions created during manufacturing. An EV charged by West Virginia’s coal-heavy system today, for instance, would actually emit more greenhouse gases than a hybrid gasoline-electric car, according to a recent MIT study. The same study points out that because most EV batteries today are sourced from Asia, a lot of coal is likely to be burnt to make them.

Then, there’s the question of a just transition for workers. Electric cars don’t need engines, transmissions or fuel systems, which together provide tens of thousands of well-paying U.S. manufacturing jobs today. And EVs are projected to reduce assembly plant labor hours by 30%.

While the transition will create some new jobs, the gains are expected to be far fewer than the losses; a German study of the issue concluded that in the most likely scenario, in which EVs and plug-in hybrids make up 40% of production in 2030, 100,000 jobs in the drive train sector (or about 12% of all German auto jobs) would be eliminated, while just 25,000 would be created. In addition, the skills needed in the auto industry are shifting along with the power train. Many workers who would be displaced by a rapid transition lack the electronic and digital skills that EV manufacturing will demand.

Last, the political reality is that unrealistic timelines for the transition could alienate key voters in battleground states. The jobs that are most at risk are concentrated in the industrial Midwest, especially in Michigan and Ohio, battleground states that helped put President Trump over the top in 2016.

None of these considerations should deter the candidates from offering climate plans that meet the extraordinary challenge humanity faces. Whoever wins the U.S. presidency in November 2020 must accept the essential fact that climate change is not only real, but accelerating, with devastating consequences for society and the environment. The United States must play a leading role if climate change is to be halted, and that will require a massive national effort that includes electrifying transportation, decarbonizing electricity and much more.

Given the enormity of the task, and the risk of backlash if policy gets too far ahead of public sentiment, getting to net-zero in the transportation sector by 2050 – along with all of the other sectors – should be our goal. An EV transition that moves at a measured pace will be best for workers, the climate, and even the candidates themselves.

This article is republished from The Conversation under a Creative Commons license. Read the original article here: http://theconversation.com/why-a-measured-transition-to-electric-vehicles-would-benefit-the-us-126256.