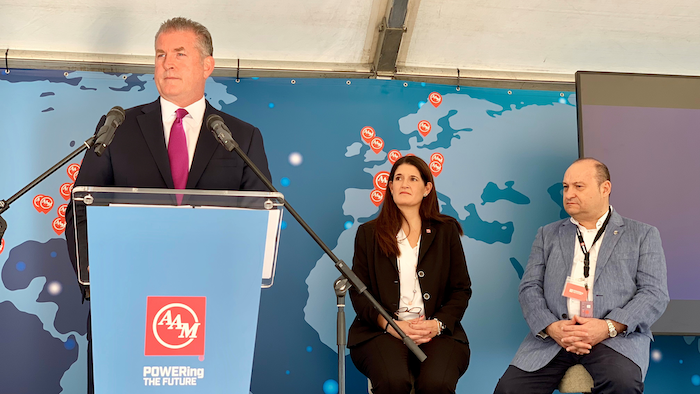 NEW YORK (AP) — Cars will soon start rolling off General Motors' factory floors after a monthlong shutdown, but the pain will linger for some of the carmaker's key suppliers.

American Axle & Manufacturing, Lear and other car parts suppliers rely heavily on General Motors for revenue. The companies all suffered varying degrees of damage from the sudden shutdown of operations on September 16, when United Auto Workers members went on strike.

A tentative deal between the union and management is expected to be finalized soon, but the impact on operations will hurt suppliers' third quarter profit and through the end of 2019.

Investors caught a glimpse of the potential impact on auto suppliers on Oct. 17 when Faurecia, which relies on General Motors for about 6% of its revenue, said the strike cut more than $25 million from its sales during the third quarter. It expects up to another $50 million in lost sales from the lingering impact.

A shutdown is harder for suppliers to adapt to than a weak market according to JPMorgan analyst Ryan Brinkman. A weak market where production falls by 25% still gives suppliers time and flexibility to adapt, Brinkman said in a note to investors. But an all-at-once shutdown of a key customer comes as more of a shock.

"When production declines all of a sudden, and declines 100% as opposed to 25%, suppliers are left unprepared and less able to respond as quickly or as completely," Brinkman said.

General Motors and its competitors were already facing a tough market with weakening sales over the last several quarters. The U.S.-China trade war is crimping economic growth and spending further. Automakers are also struggling to shift production to more electric vehicles.

Keybanc Capital Market analyst James Picariello doesn't expect GM to make up the third quarter's lost production before the year is over. That could hurt companies like American Axle particularly hard and force them to cut some costs to offset the damage.

American Axle blamed General Motor's conversion to production of its next-generation trucks as a key factor in its first-half sales slump. It said the impact would be substantially lower in the second half of 2019, though that was before the damaging strike.