The German automaker returned to profitability after losing 1.2 billion euros in the previous quarter. 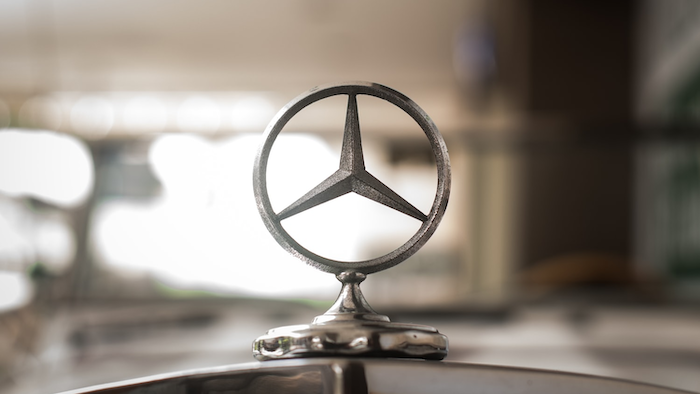 The company said its net profit rose by a modest 3% from the year before, to 1.81 billion euros ($2.02 billion). That was ahead of analyst estimates of 1.68 billion euros as compiled by financial information provider FactSet.

The Stuttgart-based maker of cars, vans, trucks and buses returned to profitability in the quarter after losing 1.2 billion euros in the second quarter as the company booked one-time charges for troubles with diesel autos and airbag recalls, its first quarterly loss in a decade.

Shares rose 6.3% on Thursday's earnings report to 53.63 euros in morning trading in Europe.

Revenues rose 8% to 43.27 billion euros, with operating earnings at the Mercedes luxury car division, a pillar of the company's finances, rising 4% to 1.42 billion euros. The profit margin, however, declined to 6% from 6.3%.

The company's finances were boosted by a rebound at its Mercedes-Benz Vans division, where operating profit reached 113 million euros after a 93 million-euro loss a year earlier.

CEO Ola Kallenius warned that the company would need to "significantly reduce" costs to stay on top of the industry's shift toward electric cars and other new technologies. Kallenius, who took over from Dieter Zetsche in May, plans a meeting with analysts and investors on Nov. 14 in London to lay out his plans to reduce costs and improve profitability.