The automaker plans $150 million in conveyor and equipment upgrades at its heavy-duty pickup factory in Flint, Mich. 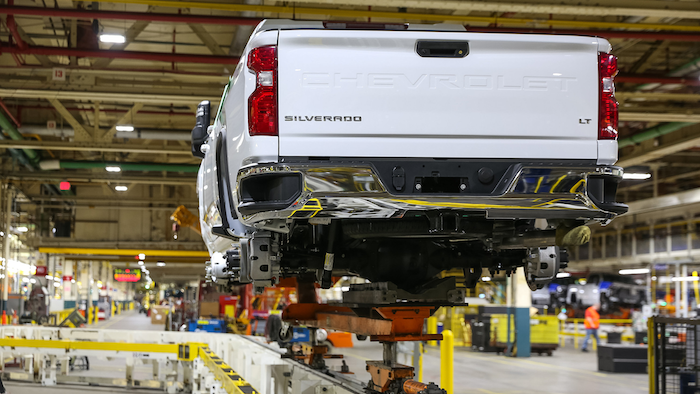 General Motors says it will spend $150 million so it can make more heavy-duty pickup trucks at its Flint, Michigan, assembly plant.

The money will improve the factory's conveyor system and for other equipment to boost output.

The factory builds heavy-duty Chevrolet Silverado and GMC Sierra pickups which are all-new for the 2019 model year.

No new jobs are tied to the Wednesday announcement, but GM announced earlier this year that it would add 1,000 workers at the plant. The factory now runs three shifts per day and employs about 5,000.

Sales of the Sierra were down 2.2 percent through March and the Silverado fellpoho nearly 16 percent as factories switch to the new models. GM expects increased sales and plans to increase factory capacity by 60,000 trucks per year.