The automaker acquired a 20% share of Swedish battery company Northvolt and plans to establish a joint factory in Germany. 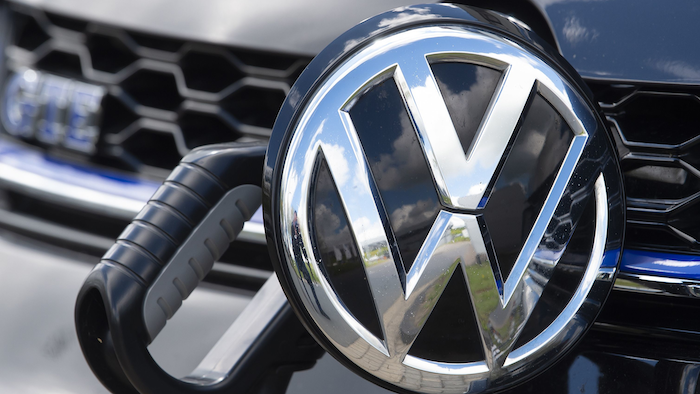 In this May 14, 2019, photo, an e-Golf car is fixed with a charging station at the Volkswagen plant in Zwickau, Germany.
AP Photo/Jens Meyer

Volkswagen says it is taking a stake in Swedish battery cell producer Northvolt AB and plans a joint factory in Germany ahead of increased production of electric vehicles next year.

Wolfsburg-based Volkswagen said Wednesday that it would invest around 900 million euros ($1 billion) in joint battery activities with Northvolt that include acquiring an initial 20 percent in Northvolt.

Volkswagen plans to step up production and sales of E-cars next year with its forthcoming ID. 3 compact.

VW said it planned a 50-50 joint venture to build a battery cell factory in Salzgitter in its home region of Lower Saxony, whose government is a stakeholder in Volkswagen.

Plant construction would start in 2020 at the earliest and production for VW would commence at the end of 2023 or the beginning of 2024.

VW's investment is part of a capital raise by Northvolt that includes $1 billion in equity capital alongside additional debt financing from the European Investment bank and other lenders. The new financing will enable establishment of a lithium-ion battery factory in Skelleftea, Sweden, Northvolt said.