The proposal would run autonomous, zero-emissions electric sleds between Chavez Ravine and Hollywood. 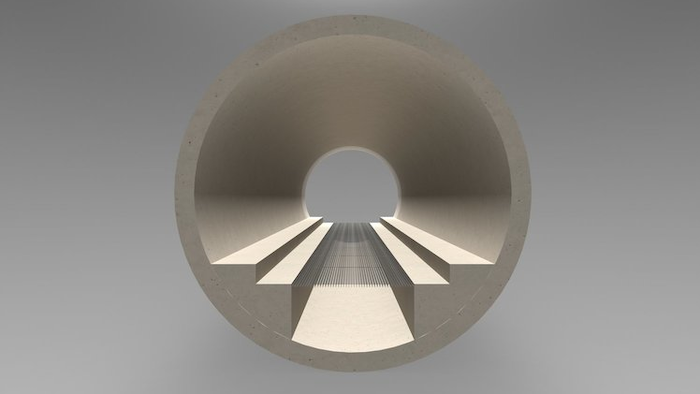 Concrete “shelves” will serve as the guideway for the electric skates.
The Boring Company

Traffic-weary baseball fans could someday travel to and from Dodger Stadium on a public transportation system underneath Los Angeles — if Elon Musk's latest bold plan comes to fruition.

The billionaire's Boring Company tweeted a proposal Wednesday for autonomous, zero-emissions electric sleds that would run through a tunnel between the stadium and a location in the city's Hollywood area.

The company says the so-called Dugout Loop system would be privately funded and not require tax money.

A proposal to build a gondola from Union Station to Dodger Stadium was announced in April.

Musk is currently building a test tunnel from his SpaceX rocket plant to a point near Los Angeles International Airport.