The subpoena signals regulators have now opened a formal investigation into whether Elon Musk was telling the truth about financing for a deal. 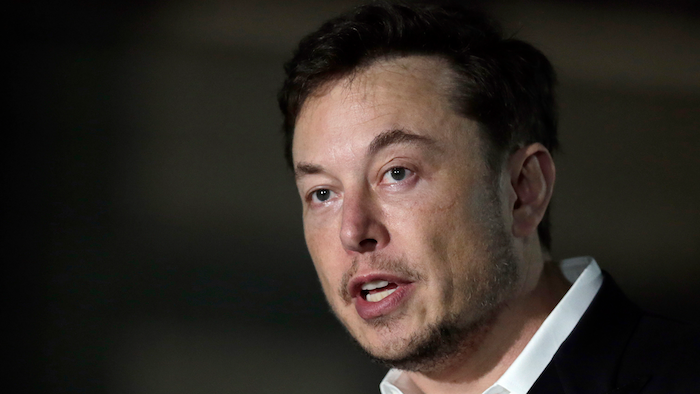 Government regulators have subpoenaed Tesla as they dig deeper into CEO Elon Musk's recent disclosure about a potential buyout of the electric car maker, according to media reports.

The subpoena from the Securities and Exchange Commission demands information from each of Tesla's nine directors, according to a story published Wednesday in The Wall Street Journal . The newspaper cited an unidentified person familiar with the matter after Fox Business News reported the SEC's move.

Both Tesla and the SEC declined to comment Wednesday.

The SEC opened an inquiry shortly after Musk surprised investors with an August 7 tweet revealing that he had lined up the financing to buy all the Tesla stock from shareholders willing to sell.

The subpoena signals regulators have now opened a formal investigation into whether Musk was telling the truth in his tweet about have financing locked up for a deal that analysts have estimated would require $25 billion to $50 billion.

Under a scenario sketched out by Musk in a Monday blog post , the deal would cost at the lower end of those estimates. Musk also revealed in the same post that he had been talking to Saudi Arabia's sovereign wealth fund about providing the money for a buyout that would end Tesla's eight-year history as a publicly held company, but he added that the financing was still contingent on due diligence.

Corporate governance experts say that caveat shows the financing of the deal isn't finalized, as Musk initially indicated, a contradiction that could be used to prove he deliberately misled investors with his tweet.

After Musk dropped his bombshell, Tesla's stock surged 11 percent in one day, damaging a class of investors who had been betting the company's shares would decline. Musk has had a long-running battle with that group of investors, who are known as "short sellers" in Wall Street's parlance.

Tesla's stock has backtracked since that one-day pop last week, but at least two lawsuits have been filed against the company on behalf of shareholders alleging Musk broke the law with his tweet, and now the SEC is taking a closer look too.

Meanwhile, Tesla's board has formed a three-person committeeto assess a potential buyout by Musk while leaving the door open for other offers, too. The independence of one director on Tesla's buyout committee, Brad Buss, has been questioned by two shareholder advisory firms.