The fifth mission by the Air Force’s X-37B spent 780 days in continuous flight. 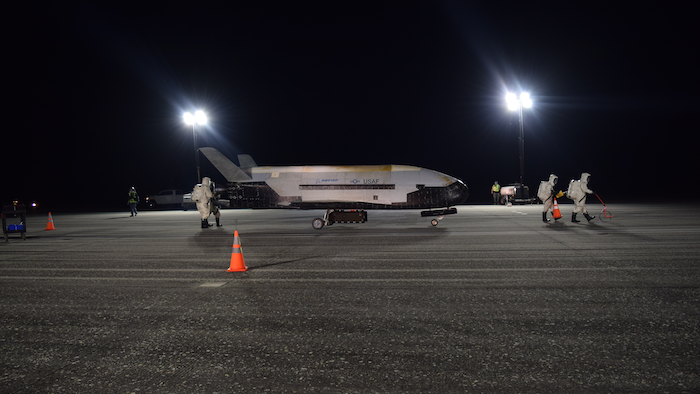 A secretive Air Force plane wrapped up its fifth mission Sunday to officially establish a new threshold for continuous flight.

The X-37B touched down at Kennedy Space Center in Florida 780 days after its launch in September of 2017. The latest mission broke the previous flight record — also held by the X-37B — by more than 60 days.

The small, Boeing-made space plane reportedly uses thrusters and propellant to cut down on fuel consumption and remain in Low Earth orbit for months or years at a time. The mission conducts various experiments while in orbit, but the military is famously coy about the specific work taking place onboard.

Air Force officials previously said the test evaluated advanced materials, flight systems and propulsion, and reports have speculated that the project could be working on surveillance and navigation capabilities.

In the announcement of the X-37B’s landing, officials said the mission successfully completed all its objectives, including carrying small satellites into orbit and hosting experiments from the Air Force Research Laboratory and other departments.

“This spacecraft is a key component of the space community,” X-37B program manager Lt. Col. Jonathan Keen said in the statement. “This milestone demonstrates our commitment to conducting experiments for America’s future space exploration.”