Three satellites for the Canadian Space Agency's Earth-monitoring Radarsat program were launched into orbit from California on a reused Falcon 9 rocket. 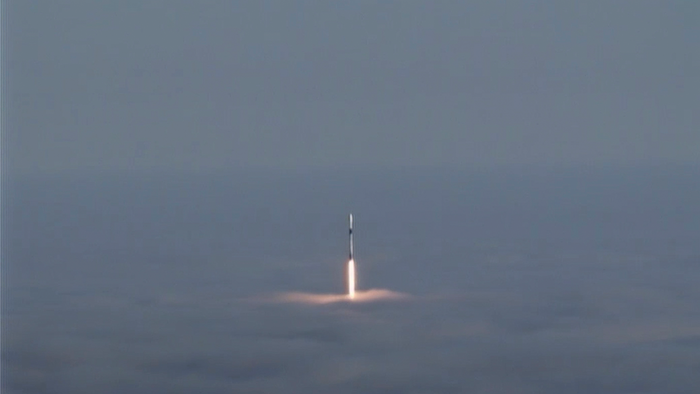 Three satellites for the Canadian Space Agency's Earth-monitoring Radarsat program were launched into orbit from California on Wednesday aboard a reused SpaceX Falcon 9 rocket.

The rocket lifted off from fog-shrouded Vandenberg Air Force Base at 7:17 a.m. and arced over the Pacific west of Los Angeles.

The first stage separated a few minutes into flight and headed back to the coastal base, extended its legs and set down on a landing zone.

The first stage previously was used in March for a demonstration flight of SpaceX's Crew Dragon capsule.

The Radarsat Constellation Mission satellites were deployed a few minutes apart from the upper stage about an hour after liftoff.

The identical satellites will bounce signals off the Earth's surface to create images, even during adverse weather conditions.

The images are used for a range of purposes, including tracking of sea ice, vessels, surface winds and oil pollution, as well as disaster management — especially the recurring problem of flooding — and monitoring of agriculture, forestry and land changes.

The spacecraft were designed to operate in the same orbital plane at an altitude of about 373 miles (600 kilometers), separated from each other by about 9,072 miles (14,600 kilometers) while circling the globe in about 96 minutes.

The system targets specific areas for imaging rather than making continuous images.

Primary control of the satellites is from the space agency's headquarters in in Saint-Hubert, Quebec.

Each satellite is expected to have a seven-year lifespan.