The launch marks progress in the Gulf nation's fledging space program, which aims to send its first two astronauts to the International Space Station in 2019. 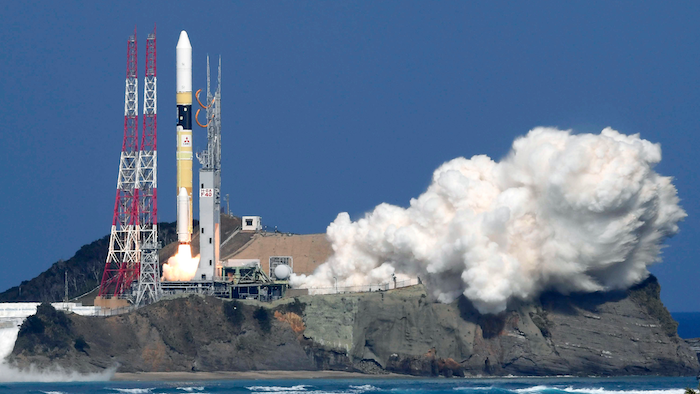 A Japanese rocket on Monday lifted the United Arab Emirates' first locally made satellite into orbit successfully from a space center in southern Japan.

The KhalifaSat Earth observation satellite was launched by the Japan Aerospace Exploration Agency and Mitsubishi Heavy Industries from the Tanegashima Space Center.

Both the KhalifaSat and Ibuki-2 have since been released separately into targeted orbit, said MHI Launch Services.

The country aims to send its first two astronauts to the International Space Station in 2019. The UAE also aims to send a probe on its way to Mars in 2020 and to build a science city there by 2117.