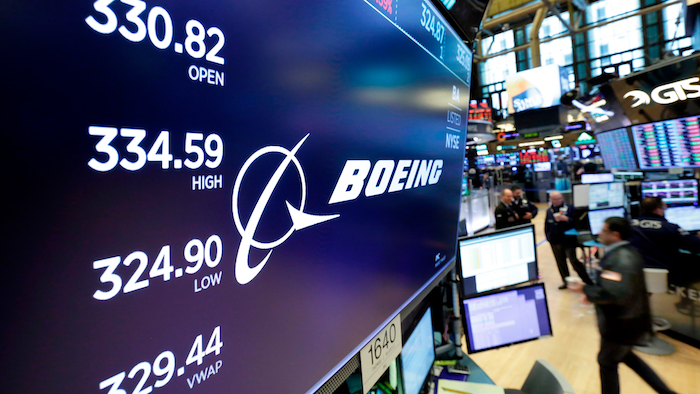 In this April 6, 2018, file photo the logo for Boeing appears above the post where it trades on the floor of the New York Stock Exchange.
AP Photo/Richard Drew, File

Boeing breezed past almost all expectations for the third quarter and raised its outlook for the year on burgeoning defense spending.

The Chicago plane maker had a profit of $2.36 billion, or $4.07 per share. Adjusted per-share profit was $3.58, exceeding estimates by 13 cents, according to a survey by Zacks Investment Research.

The company recently won contracts for several projects, including a new drone program and the MH-139 helicopter.

"''During the quarter we captured important new defense business, winning and investing in the MQ-25 and T-X programs and securing the MH-139 contract, clearly demonstrating the value Boeing brings to customers while positioning us well for future growth opportunities," said CEO Dennis Muilenburg.