Boeing Invests in Future of Connectivity in Space

The company is developing a global network of stations to transmit large amounts of data into space quickly and reliably. 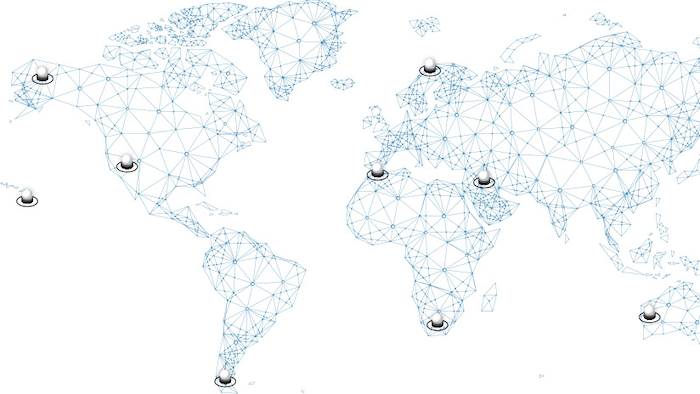 BridgeSat is establishing a worldwide network of stations for spacecraft operators to use, regardless of which space optical terminal is transmitting data from your satellite.
BridgeSat

CHICAGO -- Boeing has invested in Denver-based BridgeSat, an optical communications solutions company enabling the future of connectivity in space through a network of ground stations and proprietary space terminals.

BridgeSat is developing a global network of optical ground stations (OGS) to transmit large amounts of data into space quickly and reliably.

"This partnership will help us continue to lead the digital transition in satellites with technology that provides next-generation capabilities for our customers," said Brian Schettler, managing director of Boeing HorizonX Ventures. "Enabling BridgeSat to scale their operations accelerates secure, reliable satellite communications around the world."

BridgeSat was formed in 2015 to address cost, bandwidth and infrastructure limitations in space-based optical communications.

The company recently announced an industry-first agreement with NASA to develop a commercialized free-space optical communication system that could support the agency's future missions.

"As we grow our OGS into a global network, this investment will help us meet the need for secure delivery of big data from LEO and GEO satellites at faster speeds, and a lower cost than traditional radio frequency solutions," said Barry Matsumori, chief executive officer of BridgeSat.

Boeing HorizonX Ventures led BridgeSat's Series B funding round, with participation by Allied Minds. The investment and relationship with Boeing connects BridgeSat with Boeing experts, testing labs and other valuable resources to accelerate the deployment of its OGS services around the world.

The role of Boeing HorizonX Ventures is to target investments that help scale startup innovation in aerospace.

Its portfolio is made up of companies specializing in autonomous systems, additive manufacturing, energy and data storage, advanced materials, augmented reality systems and software, machine learning, hybrid-electric and hypersonic propulsion and Internet of Things connectivity.

Boeing is the world's largest aerospace company and leading manufacturer of commercial jetliners and defense, space and security systems. A top U.S. exporter, the company supports airlines and U.S. and allied government customers in more than 150 countries.