These schools play a large role in producing black graduates in science, technology, engineering and mathematics. 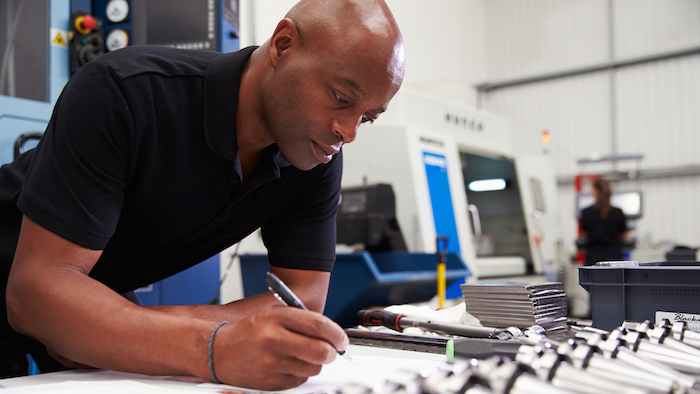 In 2010, two economists claimed that graduates of historically black colleges and universities, or HBCUs, suffer a “” – that is, they earn relatively less than they would had they gone to a non-HBCU.

In an early draft of the paper, the economists – one from Harvard and the other from MIT - argued that while HBCUs may have served a useful purpose back in the 1970s, they were now, by some measures, serving to “.” The reason why, they suggested, is that traditionally white institutions may have gotten better at educating black students and that there might be value in “cross-racial connections” when it came time to get a job.

The paper, which relied on data from the 1950s through the early 2000s, generated negative headlines for HBCUs. For instance, The Wall Street Journal called HBCUs “academically inferior.” The New York Times warned readers about the “declining payoff from black colleges.”

As a scholar who has researched HBCUs, my colleagues and I have found contrary evidence: Students who went to HBCUs do not suffer a relative wage penalty. In fact, we found that they typically and on average earn more than similar students who went to non-HBCUs. Our findings are based on comparing HBCUs to other schools with a sizable black student population.

Largely established to serve black people after the Civil War and in the Jim Crow era of racial segregation, HBCUs were the only higher education option for many black Americans up through the mid-1960s during the push for integration. Since then, HBCUs have served a declining share of black students. For instance, HBCUs served 17.3% of black college students in 1980, but by 2015 the figure had fallen to 8.5%.

HBCUs have been in a constant struggle for their financial survival because of declining enrollment, among other things. In fact, some college finance experts predict that many HBCUs will disappear in the next 20 years.

HBCUs currently serve about 298,000 students and rank among the highest producers of black doctors. HBCUs also play an outsized role in the production of black graduates in science, technology, engineering and mathematics, or STEM.

Our study included 1,364 nonprofit colleges and universities, both public and private, that award at least a baccalaureate degree.

Increased wages were strongest for the elite HBCUs: Hampton, Howard, Morehouse, Spelman and Xavier. But the effect persisted 10 years after graduation for graduates of all 59 HBCUs – more than half of the 100 or so HBCUs in the nation – that were included in the sample. Other HBCUs were not included because of lack of data.

And it wasn’t a small amount of money, either. In our study, we found that HBCU students from the elite universities earn 32% more six years after attendance than students with similar characteristics who attended other colleges and universities.

But before anyone celebrates our findings as a clear victory for HBCUs, a few caveats are in order.

First, all HBCU graduates don’t earn more than all non-HBCU graduates all the time. In fact, much like Freyer and Greenstone did a decade ago, we found that early in their careers – extending to six years after graduation – typical HBCU graduates do in fact suffer a wage penalty.

The HBCU study in 2010 found grads earned 20% less than peers from other colleges in the 1990s, although it’s not known how long after graduation this occurred.

We found that there’s an 11% wage penalty after six years but then it disappears after 10 years, and in fact turns into an advantage. So while typical HBCU graduates may be earning less money than non-HBCU graduates in their late 20s, by their early 30s, they are earning more.

We also found that the wage advantage for HBCUs remained no matter what the major. In my view as an economist, the relative gains for HBCU attendees after six years suggest, that on average, HBCU graduates are better able to find jobs that match their skill and capabilities.

Just what is it that makes HBCUs more effective as escalators for labor market earnings and income mobility? Earlier research my colleagues and I conducted at Howard University found that a high proportion of black students in a college or university serves as a boost to black identity and self-esteem. That boost, we found, translates into labor market skill acquisition that results in an earnings advantage.

Given the history of HBCUs receiving unequal resources, our results suggest that government and philanthropy could consider more funding for HBCUs. That could enable them to be even more successful at what they do, particularly when it comes to enabling students from households that earn the least money to move up economically.

This article is republished from The Conversation under a Creative Commons license. Read the original article here: http://theconversation.com/historically-black-colleges-give-graduates-a-wage-boost-121810.