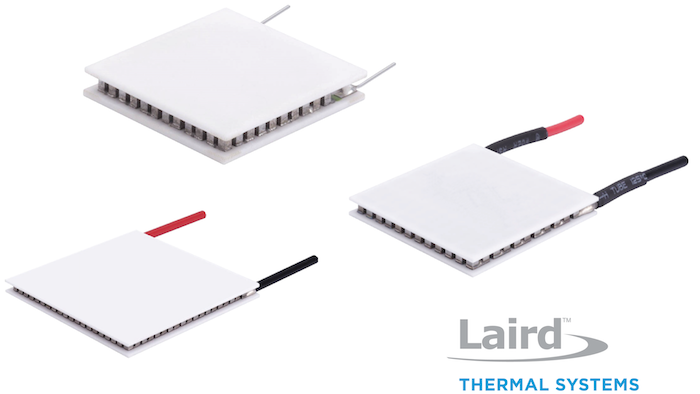 Laird Thermal Systems has developed a thermoelectric module series that is rated for high temperature in emerging optoelectronic applications.

The enhanced thermoelectric materials are combined with a proprietary construction that prevents performance degradation in high temperature environments, a common problem with standard grade thermoelectric coolers. The HiTemp ETX Series maintains a high coefficient of performance (COP) to minimize the amount of input power required to operate and reduces the heat rejection requirement to the hot side, which is critical in poor heat sinking applications.