Acting Defense Secretary Patrick Shanahan called it a "low cost, low bureaucracy" way to stay ahead of China, Russia and other nations. 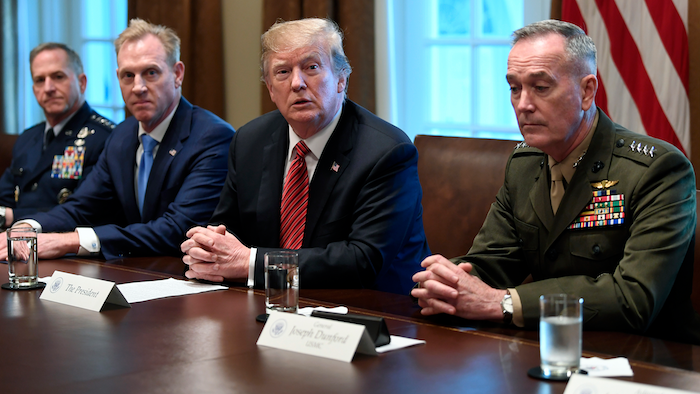 Sharpening his argument for a Space Force, the acting Pentagon chief on Tuesday called it a "low cost, low bureaucracy" way to stay ahead of China, Russia and other nations seeking to erase American military advantages in space.

The Pentagon and Congress have discussed for years the possibility of establishing a military service for space, but some key lawmakers remain skeptical of the need and wary of the cost. The debate enters a new phase this week with the Senate Armed Services Committee holding its first hearing Thursday on the administration's proposal to phase in a Space Force over five years and establish a space warfighting command this year.

Patrick Shanahan, whose own future as the acting secretary of defense may be tied to the success of his push for a Space Force, is trying to persuade lawmakers that it is urgently needed to preserve U.S. dominance in space. The proposal also is a favorite of President Donald Trump, who often touts the idea at political rallies and whose first defense secretary, Jim Mattis, was initially skeptical of the need for a separate military service for space.

Shanahan, a former Boeing executive who had been Mattis' top deputy and took over for him on Jan. 1, has yet to be nominated as his replacement.

In a speech at a space symposium crowded with industry officials hungry for Pentagon business, Shanahan cast China and Russia as threats, suggesting the U.S. has little choice but to match their efforts to weaponized space.

He repeated an assertion made in January by the Defense Intelligence Agency that by next year the Chinese military is likely to field a ground-based laser system aimed at low-orbit sensors in space. He said the Chinese also are prepared to use cyberattacks against U.S. space systems, and he said Russia is doing the same.

"Because of their actions, space is no longer a sanctuary," Shanahan said. "It is now a warfighting domain. This is not a future or theoretical threat. This is today's threat."

His speech kicked off what his staff has dubbed "space week" -- a series of space-related events, including Shanahan's Senate testimony Thursday with Gen. Joseph Dunford, chairman of the Joint Chiefs of Staff. Shanahan also taped an interview Monday with Fox News from the Colorado Springs luxury resort that is hosting a week-long space symposium. While in Colorado Springs, Shanahan also met with Air Force Gen. John Hyten, the U.S. Strategic Command leader whose responsibilities include overseeing military space operations.

In addition to establishing a Space Force, initially setting up just a headquarters in 2020 at a cost of $72 million, the administration is proposing to re-establish U.S. Space Command, which would manage all military space forces, much like Hyten's Strategic Command manages all nuclear forces. The military had a Space Command for many years, but it was eliminated in 2002 when U.S. Northern Command was set up as a response to the 9/11 attacks.

Although many in Congress favor the administration's proposal, doubts persist, particularly about the Space Force, which requires congressional approval and would be the first new military service since the Air Force was established in 1947.

Sen. Dick Durbin, the ranking Democrat on the Senate Appropriations defense subcommittee, questions whether a separate military service for space will add unnecessary bureaucracy and too many generals.

"We ought to be asking ourselves, are we just dazzled by this notion of a Space Force?" he said last month. "Is this going to make us safer?"

Todd Harrison, a defense specialist at the Center for Strategic and International Studies, said the skepticism is to be expected, particularly since the administration's proposal is "admittedly open-ended" and leaves details to the Pentagon's discretion.

"I think Congress will want to fill in the details and better articulate what the Space Force will include and will not include before it authorizes a change of this magnitude," Harrison said, adding that he believes the odds are "fairly decent" that Congress will approve a version of the proposal, "simply because the stakes are too high to do nothing." 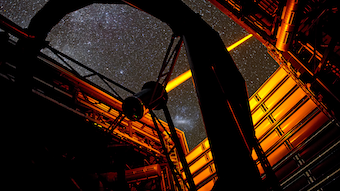 Could We Build an Invisibility Cloak to Hide Earth from an Alien Civilization?