Oregon officials had threatened Mats Järlström with fines and jail time because he was not a state-licensed “professional engineer.”

In 2017, Mats Järlström sued the engineering board in Oregon after he was fined $500 for engineering without a license. Järlström, a resident of Beaverton, Ore., reached out to city officials with a possible update to the formula that controls yellow traffic lights. It turns out that the formula was not only 60 years old, but responsible for many drivers being ticketed for running a red even though they started turning when the light was yellow.

His pursuit of traffic-light timing justice began in 2013 when his wife received a red-light-camera ticket. Being an engineer, he had to know what happened, how it happened and, most of all, how it could be improved to keep it from happening again in the future. Järlström's problems started after he went public about his suggested changes to the yellow light timing formula.

When Oregon’s engineering board found out about Järlström, his appearances on local news shows and his speaking engagements at conferences, it launched a two-year investigation that ended with Järlström on the receiving end of the aforementioned $500 fine. The board claimed that he couldn't talk about traffic lights in public until he obtained a state-issued professional-engineer license.

The board threatened him with thousands of dollars in additional fines and up to one year in jail for the unlicensed practice of engineering. The board also said that he couldn’t call himself an “engineer,” even though he has a degree in electrical engineering and decades of engineering experience. Like many engineers in Oregon, Järlström is not a state-licensed “professional engineer,” and state law provided that only licensed professional engineers could legally use the title “engineer”. Instead of giving in and paying the fine, Järlström sued and said it violated his First Amendment rights.

On Dec. 28, 2018, Järlström won. A federal court not only said that he has a right to talk about traffic lights, but also said that the state couldn't restrict the use of the "engineer" title.

The court also stopped the state’s restriction on the title “engineer,” saying it was “substantially overbroad in violation of the First Amendment.” It also said that the engineering board had a “history of overzealous enforcement actions”.

Järlström says he is “thrilled” now that the court has stopped the engineering board’s "worst abuses.” He says, “Being an engineer is a big part of my identity, as it is for many people.” 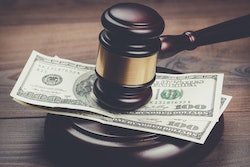 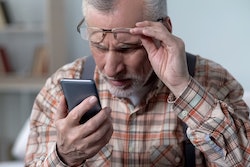 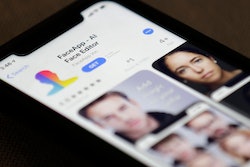