BenShot also held a firearm safety course in its warehouse.

BenShot is a small company based in Northeastern Wisconsin that manufactures novelty glassware. The novelty is that it appears bulletproof, with an actual bullet embedded in the glass.

BenShot started in 2015 in the garage of father and son Bruce and Ben Wolfgram. The company has since grown and relocated into a re-purposed furniture factory, formerly owned by Thomas Edison, in rural Wisconsin.

The company makes around 600 to 700 whiskey glasses per day, many of which are the Bulletproof Rocks Glass, the company’s most popular design. Between the cooking, curing, packaging and shipping, the company has about seven man-hours of work into each glass.

Around mid-October, Ben and Bruce were kicking around ideas for a Christmas gift for their employees. Their idea? Guns.

Yesterday, I spoke with Chelsea Priest, the company’s PR and marketing manager. Being from a family of four generations of Marines, this was not her first experience with guns, but she did use the opportunity to own her first handgun.

According to Priest, the gift was "not a marketing ploy.” She says “the motivation was to give the employees a memorable gift that would keep our employees, and their families, safe."

To keep in line with state laws, employees actually received a gift card to buy their gun of choice. Employees even had an opportunity to choose the firearm retailer, and most chose to support a local business. Not all employees opted for a handgun; some chose rifles because they already had enough handguns.

The company even paid for a safety training course and brought in Malissa Misch from Menomonee Falls, Wisconsin-based MK Protection Strategies. The course was held in BenShot’s warehouse.

Employees are allowed to carry firearms at the company, but, as Priest states, because BenShot has employees making glass and working with fire and kilns, they can’t always have their sidearm on their person — for insurance reasons as well as safety.

According to Priest, while the gift has caused a stir with some people, the company has had “pretty amazing support from customers, wholesalers and new customers.” She says that most new customers were happy to find an American company that stands up for what America is about and manufactures 100 percent of its products in the United States.

While the move may not have been a publicity stunt, traffic to the company's website over the past few days has rivaled Black Friday traffic — a historically big day for e-commerce sites.

What I liked is that the company execs appear to have a sense of humor. The contact us page links to the email ProbablyDrunk@BenShot.com, and their disclaimer says, “Let’s be real … Glass is not actually bulletproof or shatterproof. It won't stop a bullet traveling at 3,200 ft/s. It must not be used to protect any person, property, or animal from the imminent danger of a projectile traveling at any speed.”

BenShot is planning a company outing at the indoor range where most employees purchased their firearms. When I asked Priest to describe the company’s culture, she said, “We're just a bunch of American people who are working for a small business and are willing to stand up for what our company believes in.”

No matter where you stand on the gun issue, most of us can agree: that’s one cool whiskey glass. 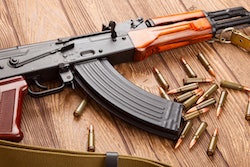 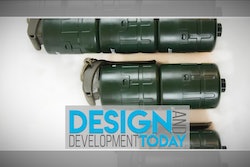 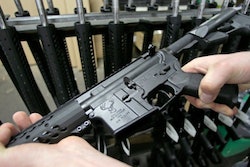 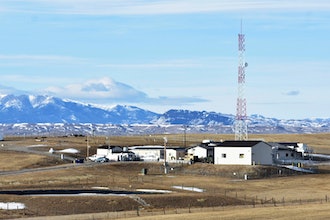 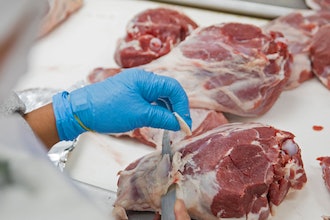