His take on the assault rifle has been synonymous with revolution and is responsible for more deaths than the atomic bomb. 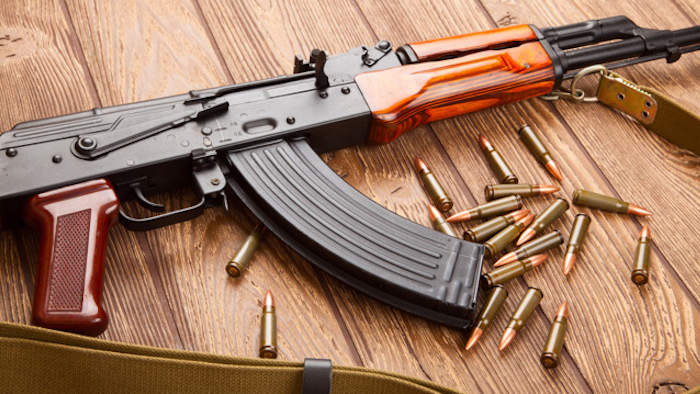 What is the deadliest weapon of the 20th century? Perhaps you think first of the atomic bomb, estimated to have killed as many as 200,000 people when the United States dropped two on the Japanese cities of Hiroshima and Nagasaki in 1945.

But another weapon is responsible for far more deaths – numbering up into the millions. It’s the Kalashnikov assault rifle, commonly known as the AK-47. Originally developed in secrecy for the Soviet military, an estimated 100 million AK-47s and its variants have been produced to date. This gun is now found throughout the world, including in the hands of many American civilians, who in 2012 bought as many AK-47s as the Russian police and military. As a physician, I have witnessed the destruction this weapon can wreak on human flesh.

Russian Mikhail Kalashnikov invented the weapon that bears his name in the middle of the 20th century. Born on Nov. 10, 1919, Kalashnikov was a tank mechanic in the Soviet military during the Second World War. He was wounded during the German invasion of the USSR in 1941.

Having seen firsthand the combat advantage conferred by Germany’s superior firearms, Kalashnikov resolved to develop a better weapon. While still in the military, he produced several designs that lost out to competitors before eventually producing the first AK-47. The name of Kalashnikov’s greatest invention stands for Automat Kalashnikova 1947, the year it was first produced.

In 1949, the AK-47 became the assault rifle of the Soviet Army. Later adopted by other nations in the Warsaw Pact, the weapon quickly spread around the world, becoming a symbol of revolution in such far-flung lands as Vietnam, Afghanistan, Colombia and Mozambique, on whose flag it figures prominently.

Over the course of his long life, Kalashnikov continued to tweak his classic design. In 1959, production began on his AKM, which replaced the AK-47’s milled receiver with one made of stamped metal, making it both lighter and less expensive to produce. He also developed the cartridge-fed PK machine gun. Modified AK-47s are still in production in countries around the world.

Why was the AK-47 such a revolutionary rifle?

It is relatively inexpensive to produce, short and light to carry, and easy to use, with little recoil. It also boasts legendary reliability under harsh conditions ranging from waterlogged jungles to Middle Eastern sandstorms, in both extreme cold and heat.

It also requires relatively little maintenance. This stems from its large gas piston and wide clearances between moving parts, which help to prevent it from jamming. Kalashnikov liked to boast about the rifle’s superiority to the American military’s M-16 rifle. “During the Vietnam War,” he said in a 2007 interview, “American soldiers would throw away their M-16s to grab AK-47s and bullets for it from dead Vietnamese soldiers. And I hear American soldiers in Iraq use it quite often.”

The world’s most abundant firearm is also well suited to crime and terrorism. The hostage-takers who stormed the Olympic Village in Munich in 1972 were armed with Kalashnikovs, and mass shooters in the U.S. have used semi-automatic versions of the weapon in killings in Stockton, California, and Dallas. The U.S. military has acted as a distributor of the weapon in conflicts in Afghanistan and Iraq. With a service life of 20 to 40 years, AKs are easily relocated and repurposed.

Today, global prices often run in the hundreds of dollars, but some AK-47s can be had for as little as $50. The huge worldwide production of the weapon, particularly in countries with low labor costs, has driven prices downward.

For his labors, the Soviet Union awarded Kalashnikov the Stalin Prize, the Red Star and the Order of Lenin. In 2007, President Vladimir Putin singled out the Kalashnikov rifle as “a symbol of the creative genius of our people.”

Kalashnikov died a national hero in 2013 at the age of 94. Throughout most of his life, Kalashnikov rebuffed attempts to saddle him with guilt over the vast number of killings and injuries inflicted with his invention. He insisted that he had developed it for defense, not offense.

When a reporter asked in 2007 how he could sleep at night, he replied, “I sleep well. It is the politicians who are to blame for failing to come to an agreement and resorting to violence.”

Yet in the final year of his life, Kalashnikov may have experienced a change of heart. He wrote a letter to the head of the Russian Orthdox Church, saying, “The pain in my soul is unbearable. I keep asking myself the same unsolvable question: If my assault rifle took people’s lives, that means that I am responsible for their deaths.”

It’s a perennial debate: What kills? Guns, or those who carry them? At the bottom of the letter, he signed it, “a slave of God, the designer Mikhail Kalashnikov.”

This article is republished from The Conversation under a Creative Commons license. Read the original article here: http://theconversation.com/worlds-deadliest-inventor-mikhail-kalashnikov-and-his-ak-47-126253. 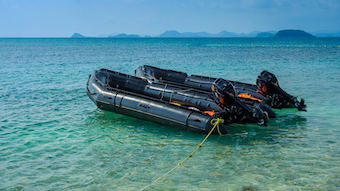 Man Guilty in Scheme to Ship Military Boats to China 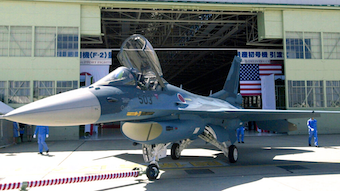 The country is upgrading its aging fighter jet fleet to counter growing threats from China and North Korea.
Oct 30th, 2020 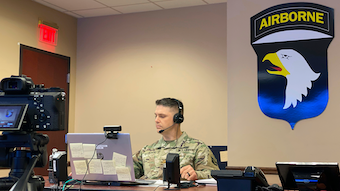 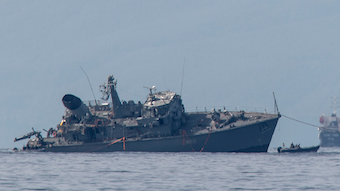 The Kallisto, a British-built vessel capable of sweeping and hunting mines, was cut in two.
Oct 29th, 2020 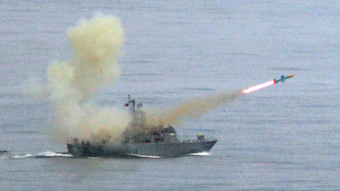 He is accused of delivering machine tools to a state-run company that makes missile systems.
Oct 20th, 2020
Follow Us
Most Recent