The Silicon Valley pioneer may need help from other manufacturers to catch up in the technological arms race. 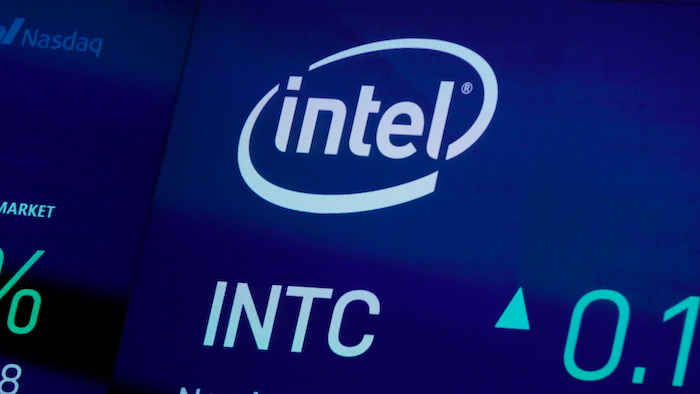 The symbol for Intel appears on a screen at the Nasdaq MarketSite in New York, Oct. 1, 2019.
AP Photo/Richard Drew, File

SAN RAMON, Calif. (AP) — Intel is falling further behind in the race to build faster and more powerful computer chips, a nagging problem that may force the Silicon Valley pioneer to seek help from other manufacturers as it scrambles to catch up in the technological arms race.

The sobering news emerged late Thursday when Intel disclosed that there will be a six-month to one-year delay on its development of a next-generation chip-making process already in use by a major Taiwan supplier, TSMC.

The unexpected snag means Intel's 7-nanometer processing technology won't be ready until the end of 2022 or early 2023, raising the possibility that other chip makers will already have taken another leap ahead.

Intel's stock plunged 16% in Friday's afternoon trading as investors adjusted to the tectonic shifts that have transformed Intel from a trailblazer to a laggard in an area of technology that it dominated for decades. The steep drop wiped out $41 billion in shareholder wealth and dragged down the Dow Jones industrial average, a market barometer consisting of Intel and 29 other bellwether companies..

Not long ago, the Santa Clara, California, company, was so far ahead of the pack that it was inconceivable that it might ever farm out some of its manufacturing to other companies. That's no longer the case.

“The unthinkable may not be that far away when Intel is forced to acknowledge that the growing gap between it and the TSMC camp is an insurmountable chasm, and outsource key parts of its manufacturing/process technology," BMO Capital Markets analyst Ambrish Srivastava wrote in a research note.

TSMC's stock surged nearly 10% Friday to close at $73.90 in U.S. trading, a sign that Wall Street expects its next-generation chips to have a clear competitive advantage now that Intel is so far behind in its work.

The dramatic change in fortunes is the latest in a succession of comedowns for Intel, which has been struggling to adapt to the shift from personal computers to mobile devices since Apple released its game-changing iPhone 13 years ago. Although the company has remained profitable, its heyday during the PC era was long ago.

While the overall stock market has kept climbing, Intel shares hit their peak of $75.81 almost 20 years ago. After Friday's selloff, the stock closed at $50.59.

Intel suffered another blow last month when Apple announced it will soon begin relying on its own chips to power its Mac computers instead of Intel's.

Although he said the company is “not happy" with the delays in its next-generation chips, Intel CEO Robert Sway sought to reassure analysts during a Thursday conference call.

“Obviously, this year has been an incredibly challenging year on multiple fronts, but at the same time, we expect 2020 to be the best year in our company’s history," Swan said.