White House Seeks Another $250B for Small Businesses

The program provides forgiveable loans to businesses with 500 or fewer employees. 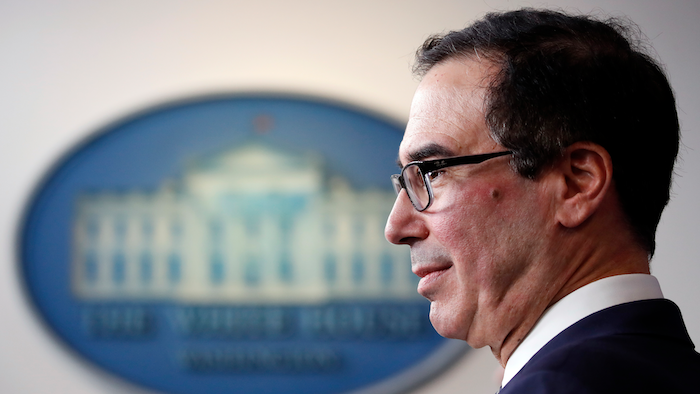 Mnuchin said in a tweet on Tuesday that he was seeking the additional funds at the direction of President Donald Trump. He said he had spoken with Senate Majority Leader Mitch McConnell as well as House Speaker Nancy Pelosi and Senate Democratic Leader Chuck Schumer.

The money would bolster a key program in the $2.2 trillion rescue measure that Congress passed to try to cushion the economy from a deep slide caused by the efforts to contain the coronavirus.

The request would provide more funds for a $349 billion small business loan program that was created as part of the $2.2 trillion rescue program Congress passed last month.

The program supplies forgiveable loans to small businesses with 500 or fewer employees. It is being administered by the Small Business Administration and the Treasury Department.

A small business can use 75% of the loan to keep paying its employees and the other 25% to meet overhead such as rent and utilities. The payroll protection is for eight weeks and if the business keeps its employees on the payroll or rehires workers who have been laid off, the loan will be forgiven.

The program just began operating last Friday but the rollout has been plagued by a host of problems. Small business owners have complained that they are unable to get through to the SBA or the banks to apply for loans or they are being rejected by banks who say they are only accepting applications from businesses that are already customers of the bank.

Mnuchin in a Fox Business Network interview Tuesday sought to play down any problems. “We have over 3,000 lenders that are already participating. We couldn’t be more pleased with the broad appeal of this program,” Mnuchin said.