The State of the US-China Tariff War

Both nations are making conciliatory gestures ahead of trade talks, but they are showing no signs of progress toward ending their tariff spat. 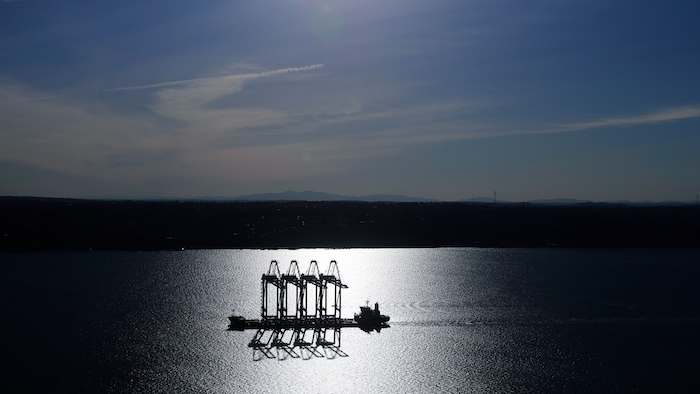 BEIJING (AP) — Ahead of China's appearance at the U.N. General Assembly this week, The Associated Press explains where the U.S.-China tariff war stands:

The United States and China are making conciliatory gestures ahead of trade talks, but they are showing no signs of progress toward ending a tariff war that threatens global economic growth.

Beijing is offering to narrow its trade surplus with the United States by purchasing more American exports. But Chinese leaders are resisting pressure to roll back technology plans that their trading partners say violate Beijing's free-trade commitments and hurt foreign competitors.

Ahead of the 13th round of talks in Washington in early October, President Donald Trump postponed a planned tariff hike on Chinese goods. Beijing lifted punitive duties on soybeans in a move that helps both American farmers and Chinese pig breeders who need soy as feed and are under economic pressure amid a devastating outbreak of African swine fever. Those gestures helped reassure jittery financial markets.

But economists say while some temporary agreements in the sprawling dispute over technology and trade might be possible, they don't expect a final settlement this year.

Trump has accused Beijing of dragging out talks in hopes he will be defeated in his re-election bid next year and his successor might agree to more favorable terms. Private sector analysts say that is unlikely. But they say Beijing might be hoping Trump will feel pressure to compromise to reinforce his self-proclaimed status as a deal-maker.

"Being tough on China is popular as long as that doesn't mean you pay more for stuff," said Nathan Sheets, chief economist at PGIM Fixed and former undersecretary of the treasury for international affairs.

A look at the trade war and its impact:

Trump slapped 25% tariffs on $50 billion of Chinese imports last year. Beijing retaliated with similar penalties. In a spiral of tit-for-tat increases, the United States has raised duties — or announced plans to do so — on $550 billion of Chinese goods, or almost everything Americans buy from China. Beijing has raised duties on an estimated $120 billion of American goods. China is running out of imports for retaliation because of the lopsided trade balance.

What the dispute is about

The Trump administration wants Beijing to roll back plans for government-led creation of global competitors in robotics and other technology fields. Europe, Japan and other trading partners object to Trump's tactics, which also have been used against them, but echo American complaints that Beijing's plans violate its market-opening commitments. They say China's industry development is based on stealing or pressuring companies to hand over technology and violating its trade agreements by subsidizing and shielding its fledgling companies from competition. Chinese leaders are reluctant to give up development strategies they see as a path to prosperity and global influence.

The war has battered American and Chinese farmers and factories and sent shockwaves through global industries. Chinese data show trade with the United States fell 13.9% from a year earlier in the first eight months of 2019. That has disrupted industrial supply chains that stretch around the world, depressing demand for processor chips and other industrial components from Japan, South Korea, Europe and other suppliers. Companies and investors worry global economic growth, which already shows signs of cooling, could fall into recession.

A sticking point is how to enforce any agreement. China insists Trump's tariff increases must be lifted as soon as a deal takes effect. Washington says at least some must stay in place to guarantee Beijing carries out its promises. Talks broke down in May over that issue, and there is no indication either side has offered concessions to break that deadlock.