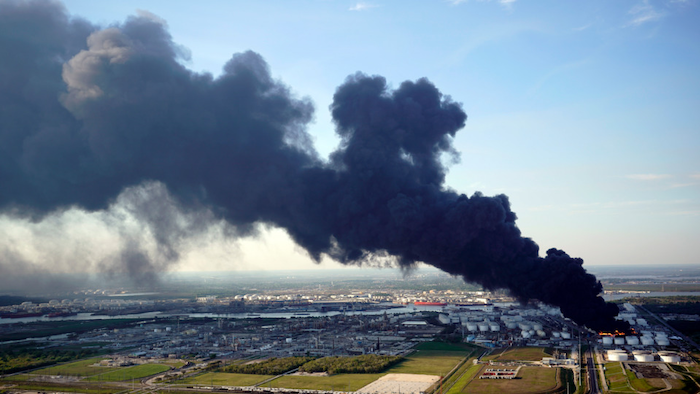 In this March 18, 2019, file photo, a plume of smoke rises from a petrochemical fire at the Intercontinental Terminals Company in Deer Park, Texas.
AP Photo/David J. Phillip, File

TEXAS CITY, Texas (AP) — Authorities say no one has been hurt in a transformer fire at a Houston-area chemical plant.

The Galveston County Daily News reports officials are seeking the cause of Tuesday's late-morning fire at an Ashland plant in Texas City, 35 miles (55 kilometers) southeast of Houston. Ashland spokeswoman Joy Brock said Wednesday that the transformer was a backup and offline when the fire broke out.

Texas City Emergency Manager Tom Munoz says the fire was quickly contained and about 4,000 gallons (15,140 liters) of mineral oil was allowed to burn off.

Brock says the chemical plant idled routine operations amid the incident but was restarting Wednesday. No supply interruptions were expected.