The industrial automation company began construction near Shanghai despite “market challenges” in China. 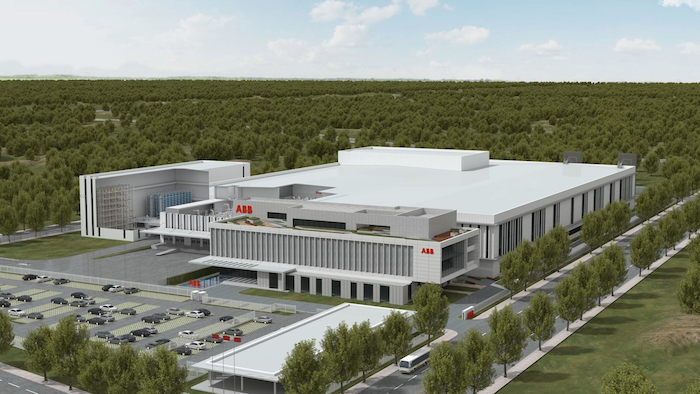 The $150 million Kangqiao manufacturing center, announced in late 2018, was initially expected to open next year but will now begin operations in 2021. The 67,000-square-foot facility will replace the current ABB robotics complex at that location.

ABB officials hailed the proposed complex as a state-of-the-art center where “robots make robots.” A series of manufacturing clusters — rather than an assembly line — will enable improved flexibility.

ABB employees will work alongside robots, which will be supplied by autonomous vehicles and guided by machine learning and digital systems. The facility will also serve as an R&D hub for AI systems and allow ABB customers to develop applications with the company.

Company officials said demand for automation systems will remain strong in China despite what they called “short-term market challenges” amid Beijing’s trade war with Washington.

“In the years ahead, we estimate the breadth and depth of our portfolio will nearly double,” ABB robotics and automation head Sami Atiya said in a statement. “This means we need a factory that can produce a greater variety of robots and efficiently scale volumes to adapt to changing market conditions and technological trends.”