US Companies in China Hurt by Trade War

In the U.S.-China Business Council's annual survey, out Thursday, 81% of companies say they've been affected by trade tensions. 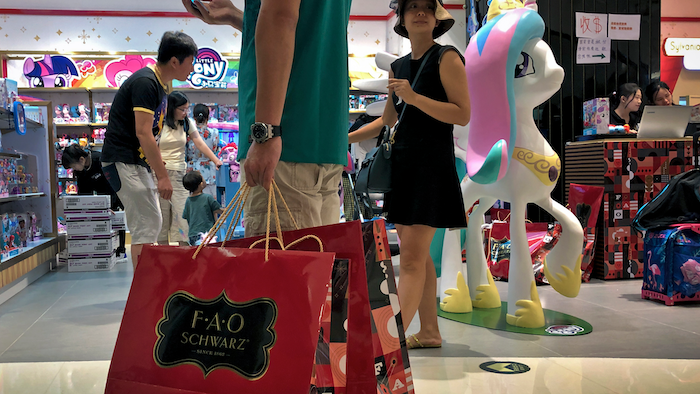 WASHINGTON (AP) — Caught in the crossfire of a trade war, American businesses operating in China say they've been hurt by the hostilities between the world's two biggest economies and are facing increasingly unfair competition from Chinese firms.

But they still aren't ready to give up on the Chinese market.

In the U.S.-China Business Council's annual survey, out Thursday, 81% of companies say they've been affected by U.S.-China trade tensions, up from 73% last year.

Nearly half (49 say they've lost sales because of tariffs China has imposed on U.S. products in retaliation for American import taxes; 47% say Chinese authorities are using red tape — regulations and licenses — to discriminate against them. And 40% say they've lost sales in China because Chinese firms are worried about doing business with American companies in the middle of trade hostilities, up seven-fold from 2018.

Still, 88% say they have no plans to move out of China; and 97% say their China operations are still profitable.

But just 52% expect their China revenue to increase this year, down from 78% last year and the lowest in the annual survey going back to 2010.

One hundred companies responded to the survey in June.

For more than a year, the United States and China have been locked in a trade war over American allegations that Beijing steals trade secrets and forces foreign companies to hand them over. Washington has imposed 25% tariffs on $250 billion worth of Chinese imports and is planning to hit another $112 billion on Sunday. China has retaliated by hitting most of what the United States exports to China.