The proposal would resolve complaints that drywall made by China's Taishan Gypsum Co. damaged appliances and sickened residents. 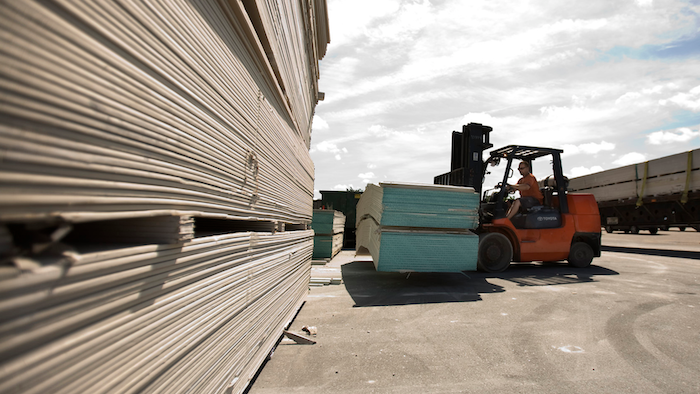 In this May 22, 2009, file photo, Michael Hilton uses a forklift to move sheets of Chinese-made drywall onto a flat bed truck at Venture Supply Inc. in Norfolk, Va.
Bill Tiernan/The Virginian-Pilot via AP, File

The proposed settlement between property owners and Taishan Gypsum Co. was filed in U.S. District Court in New Orleans on Tuesday. It comes nearly eight years after a major settlement in another case involving a different Chinese company, Knauf Plasterboard Tianjin Co., and in the wake of other settlements with various homebuilders, equipment suppliers and installers who used the material.

All of the litigation arose from the use of defective drywall in thousands of homes between about 2005 and 2008. The product was alleged to have given off sulfur fumes that corroded metal in appliances, air conditioning equipment, wiring and plumbing fixtures. In some cases the fumes were blamed for illnesses.

A committee of attorneys for the property owners in the Taishan case said in a news release that most of the residences involved were in Florida, Louisiana, Alabama, Mississippi and Virginia.

"If the court approves it, thousands of homeowners affected by Taishan drywall will finally get much needed payments from Taishan," Arnold Levin, lead counsel for a committee of the plaintiffs' attorneys in the case, said in a news release.