The International Monetary Fund sees little evidence that China's central bank has deliberately reduced the value of the nation's currency. 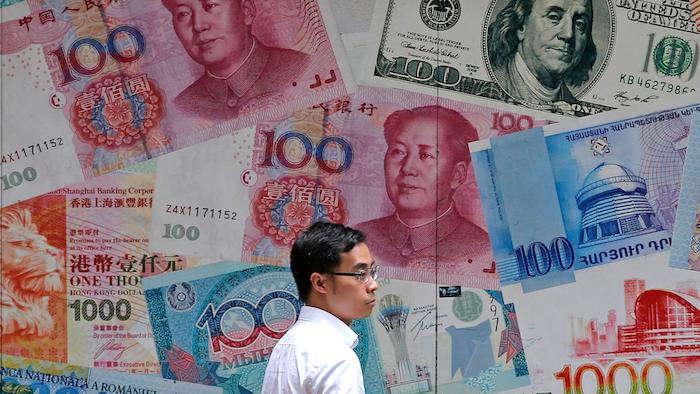 In this June 10, 2019, file photo, a man walks past a money exchange shop in Hong Kong.
AP Photo/Kin Cheung, File

WASHINGTON (AP) — The International Monetary Fund sees little evidence that China's central bank has deliberately reduced the value of the nation's currency — a position at odds with the Trump administration's decision this week to accuse Beijing of manipulating the yuan.

The IMF said Friday in its yearly review of China's economy that the yuan has been "broadly stable" against other currencies, suggesting there's been little intervention by the People's Bank of China. A weaker yuan would give Chinese exporters a competitive price advantage over foreign rivals.

The Treasury Department on Monday named China a currency manipulator for the first time since 1994. The move, reversing its decision in May to keep China off the blacklist, came after Beijing's central bank let the yuan drop to its lowest point in 11 years.

China's central bank sets the exchange rate each morning and allows the yuan to fluctuate by 2% against the dollar during the day. The central bank can buy or sell currency — or order commercial banks to do so — to keep the yuan's price from swinging too widely.

In letting the yuan slide, the central bank was responding to economic reality. China's economy is slowing — partly because President Donald Trump has slapped tariffs on $250 billion worth of Chinese imports — and market pressures are pulling the currency down.

The world's two largest economies are locked in a tariff war over U.S. allegations that China is stealing trade secrets and forcing foreign companies to hand over sensitive technology. Twelve rounds of talks have failed to end the impasse, and a Chinese delegation is expected in Washington next month to continue the negotiations.