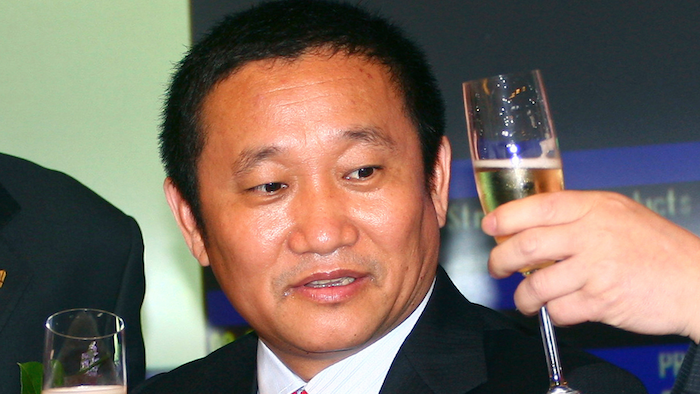 LOS ANGELES (AP) — A Chinese billionaire has been charged in Los Angeles in a complex scheme to avoid $1.8 billion in aluminum tariffs, federal prosecutors announced Wednesday.

Zhongtian Liu, the founder of China Zhongwang Holdings Limited, and the aluminum company he previously headed, were charged with conspiracy, wire fraud and international money laundering.

The charges come as the U.S. and China try to reach a trade agreement aimed at ending a tariff war.

Liu, 55, schemed to import aluminum in the shape of pallets, which would avoid 2011 customs duties up to 400% that were not imposed on finished merchandise, prosecutors said.

The pallets, however, were three to four times heavier than typical aluminum pallets, and were sold to U.S.-based companies controlled by Liu and stockpiled at Southern California warehouses.

The scheme created the false impression that demand was high for the company's product and artificially inflated sales volume in annual reports, prosecutors said.

"This indictment outlines the unscrupulous and anti-competitive practices of a corrupt businessman who defrauded the United States out of $1.8 billion in tariffs due on Chinese imports," U.S. Attorney Nick Hanna said. "Moreover, the bogus sales of hundreds of millions of dollars of aluminum artificially inflated the value of a publicly traded company, putting at risk investors around the world."

The scheme largely took place from 2011 to 2014, though it is ongoing, prosecutors said.

Prosecutors have sought to seize the warehouses where the aluminum was stored and more than 275,000 aluminum objects in the shape of pallets.

Liu and two co-defendants charged in the scheme are not in custody and are believed to be out of the U.S., prosecutors said.

Neither Liu nor the company has an attorney that prosecutors are aware of, spokesman Thom Mrozek said.

Messages seeking comment from China Zhongwang, a publicly traded company based in Liaoyang, were not immediately returned.